Lixue Hu is sleeping in a tree within Therianthrope Territory {The Woods} Everything is quiet and peaceful until the scent of fresh blood wakes him from his afternoon nap among the tree tops.

// I have no idea if this sounds okay or not. I figured I would try and see if I could make him some friends/ acquaintances. // 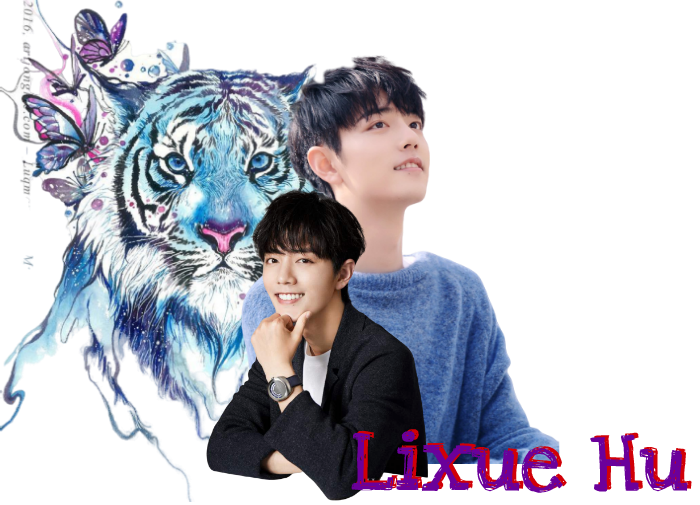 The gentle breeze that rustled gently among the leaves of the forest trees, was extreamly pleasant. It was an overall warm afternoon, so the breeze was welcome against heated skin. The shade from the trees was also much appreciated. That was how Lixue had ended up falling asleep in the first place. He had been drained from the heat radiating off the sun for a good part of the morning while he worked in his garden. Stepping away briefly to climb up into his favorite cherry tree. Its white blossoms in full bloom made for a nice scent. After he found a sturdy enough branch he had leaned back and rested against the tall tree. Allowing his body to drift into a calm serenity. Pale pink, almost white petals dusted the ground around the base of the large tree, while some rested on Lixue himself.

Lixue was not an overly social person. He liked his peace and quiet away from the ever busy main streets. He had arrived in Evermore City, Colorado not all that long ago. His mother having managed to locate others like himself. In the years that he spent with the Ailuranthrope he had quietly managed to intro grate himself a bit into the society. It was still hard for him with his social anxiety though. He didn't manage to make many friends though. Not because he didn't want to make friends, he just wasn't good with people. He was always better with plants and animals. That was one of the main reasons he looked into renting a cabin in the woods from someone while his mother lived in town. It was not only better for her, but also safer.

As Lixue napped among the leaves he listened to the nature surrounding them. The sound of the birds, squirrels and other woodland creatures. He even heard some heavier movements, but he just assumed it was a deer, or another Therianthrope wandering around. So he just ignored it and listened to the leaves around him. What alerted him to the presence of something; No someone else nearby, was when the scent of fresh blood reached his heightened senses. Slowly opening his eyes he sat up and moved further back against the trunk of the tree to silently, observe who ventured into his home. Afraid to come down he peeked around the branches.

NewEric is now a member of Eternal City RP
1 hour ago
Welcome Them!