Caden was disappointed with how things had turned out last time. Gia was beyond beautiful and that she was even able to look his way was an incredible thing. He felt though that maybe it didn't go the way they both wanted last time. He didn't want to sleep with her right away, not because she wasn't beautiful, because she was drop-dead gorgeous. He had done the whole pregnancy and baby thing.

With the right woman he would love to have a family together, he was much older but he wasn't beyond confident of doing things that might lead things astray. How Gia felt about his daughter Jonah either was a situation that he would have to discuss with her more in the future.

He was a package deal with his daughter and he wouldn't want her to not be prepared. He had sent her a text asking her if he could take her out for dinner. He had this beautiful and romantic place planned that he would love to take her to.

He dressed up wearing a long-sleeve shirt with a black jacket, he put on a pair of black pants and kissed Jonah goodnight. The sitter would be with her while he went on his day, he promised to be home by 10 so that the sitter could be good at home before school in the morning.

"Thanks again." He said to Marnie who was sitting, with that he walked to his car and drove in front of her house. He then sent her a text saying he was here before going to the door with his gift and knocked gently on the wooden surface. 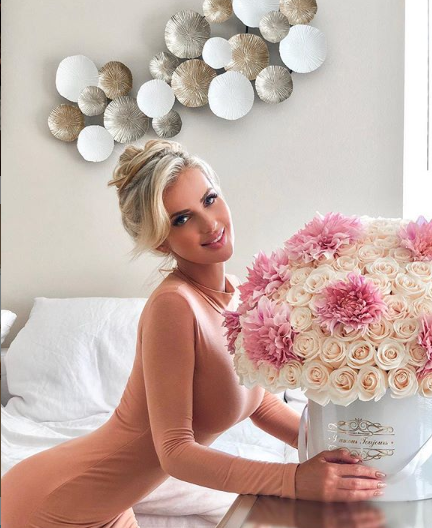 Gia felt bad because, since the last time she met with Caden passed few weeks, she was drawn into work and didn't have the opportunity to meet him, of course, calls and messages helped but she wanted to feel his scent, his hugs, and kisses in person but not on the phone screen.  She felt a strange bond with Caden and it made her believe, maybe this man is her true love what she was waiting for?

Time flew fast and one night she got the message with an invitation to spend time with him and join him at the dinner.  She was pretty surprised but accept to meet him at 7 o'clock and hurried home and started preparation, she took a quick shower, made her hair and dressed up long pink dress and black high heels, her hair was pulled up into curly horsetail and she waited for him.

Later she got a text message cause he is outside and she took her fur coat and walked to the exit and opened the door she seen him standing there smiling and she couldn't hide her smile and smiled back at him, the man she wanted see for so long....

Caden looked at her, as she stepped at the front door all he could see was her radiating beauty.

Her blonde hair was pulled into a ponytail of some sort. She wore black heels and a long pink dress that hugged her body. She looked radiating and as he stood there in front of her, his mouth agape he let his lips curl in a smile before nodding.

"You look radiating Gia."  He stated as he handed her the box of chocolate. "These are for you. I don't know if you have allergies or not, or if you even like chocolate but they looked good so I thought it would be nice to get you something." He said as he put one hand in his pocket for a moment.

"May I escort you m'lady to the car?" He asked as he extended his arm for her to grab onto. He had a few plans for tonight that would make up for their time they didn't get to spend together.

HumanPermalink Reply by ✓ Gia Matteo on October 22, 2020 at 18:06
Gia smirked and looked at him and blushed "I love the gift you gave me" she took box of chocolates and placed on the table beside door and took her arm around his elbow and locked door behind them

"YOU know... I was thinking about us... I want to ask you to be my date. I mean my boyfriend" she blushed and looked in his eyes. She loved cause he was higher than she and kissed his lips deeply "I wanted to be beautiful for you. So you made me to radiate" she touched his cheek and bit her lip softly

Caden smiled at her as she blushed. "You look cute when you blush." He said complimenting her wanting her to feel the softness of his touch as he brushed loose hair out of her face. "Well look at that, we were both thinking about the same thing. I thought I had upset you when I told you about my daughter." He said looking at her gently.

"Well, I would be honoured to be in a relationship with you. But I know I come with strings and so if you are comfortable with that then I would love one time for you to meet her even." He looked at her as they kissed and when she spoke about being beautiful for him he smiled. "Well, you are beautiful. So don't ever worry about that." 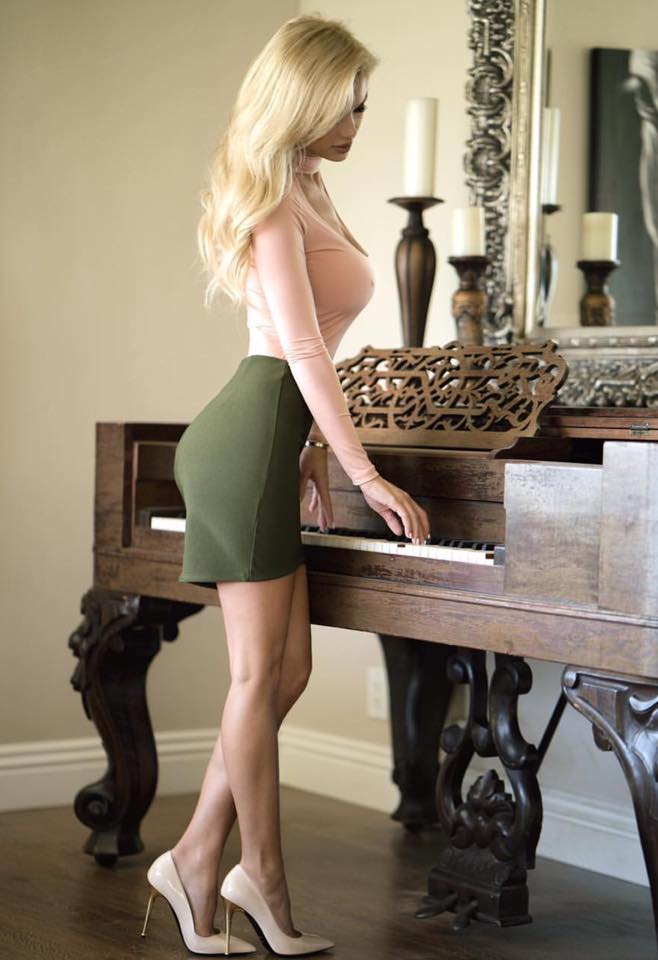 "Thank you, you're so sweet" she smiled when he said compliment to her. She leaned closer when he touched her hair lock and blushed more "Yes, I was thinking about every single minute I had, I hoped you think about me too, and see me in your dreams... And about your daughter, I am ready to meet her, I want to be her friend, I know I won't change a mother to her, but besties we gonna be" she chuckled and cupped his cheeks and kissed his lips deeply, tasting his sweet lips

"I am happy, no I am the happiest woman ever cause you to want to be my boyfriend, and as I said a few minutes ago I want meet her, maybe we should take her out to the zoo and there I will get along with her? Ice-cream, candy cotton and good company "she looked in his eyes and bit her lower lip smiling "You so sweet, and one day we will have the baby too if god will let us" she winked and hugged him tight

Caden listened to her words about the future and about his daughter.

He smiled as he listened to her as she kissed him, he kissed her back with fervour tasting the lipstick on her lips. With a smile when the kiss broke he nodded gently. "Well, then a zoo trip is on the to-do list. Then you can meet Jonah. I think you would like her." He said with a chipper attitude.

"How many children do you want?" He asked trying to get to know her and the future. Smiling he opened the car door for her. "Hopefully you like what I got planned. Do you have a jacket in case it gets cold?" He asked her with a smile thinking about the special night he had planned for her.

"Sounds perfect, love... It's so sweet to have someone who going to take care and love you" she said smiling and kissed his lips softly "Okay, now... could I know where are we going now?" she smirked and looked deep into his eyes smirking more, he was so sweet and kind and handsome "Oh and about Jonah.... You must tell me all details, I want make our meet perfect and with something she likes or wants to have..And don't worry I will love her as my own child, Caden." she blushed and got in the car and waited for him inside

"How many? maybe 2... a boy and a girl" Gia gazed at him "And what about you, darling? And damn...I forgot my leather jacket inside, I will come back in a minute" she smiled and apologized she hurried inside and grabbed her leather jacket and locked the door, she brought a box with a golden wristwatch and gave him "It's a new beginning's gift to my boyfriend" she bit her lip and looked at him "Come on open it..." she chuckled

Caden looked at her and smiled. "Life is always fun with the different people you involve in it."

Caden looked at her after their kiss when she asked about where they were going he chuckled. "Not yet its a surprise. Are you ready to go?" He asked before she spoke about Jonah,

"I think she is just your average girl. Barbies, ponies, Frozen. I can sing let it go to you almost every word."  He said with a chuckle as she spoke about how many children she wanted he smiled. "Sounds like a plan." When she ran to get her coat she did so quickly that he opened the door for when she was ready to come in.

When she came back with a gift he smiled. "You didn't have to get me anything." He said opening the gift to see the golden wristwatch. "This is beautiful, Gia."

She got in the car seat comfortable and looked at him "I know... but I thought about you when I was looking for this watch, I wanted to make you smile" she giggled and looked in his eyes then leaned into him and kissed his lips deeply "I think cause I am starting fallen in love with you" she blushed and her cheeks colored in dark pink shade.

Gia sat back in her seat and put the seat belt across her body and smirked "Okay I am ready for your surprise, I could say I am more than thrilled baby" she smiled and intertwined their fingers

He leaned over and planted a gentle kiss on her cheek. She was so perfect and this woman wanted to be with him. He was beyond lucky and he knew it. "Well, I like you a lot. Believe me. It's an incredible having such a woman like you wanting to be with me Gia." He said with a smile as she got seatbelted and he began his drive.

"Its going to be fun, I'm sure of it." With that he started the car and drove towards the river banks. He began to park the car and quickly jumped out of the car to open it for her. "We are almost there. Are you ready?" He said before offering her a hand to step out of the car.