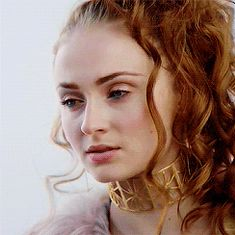 Dreamscapes on the Wall (Argent and Aurantia)

When Aurantia awoke, she was surrounded by the soft glow of the sun. It cascaded through the windowpane and left light tracks across her bedroom. She looked at the clock and yawned. It was seven,…Continue

Dear Hope (if you can hear me, don't go) Aurantia and Lake

So I will write it down, all the jagged edges The ugliness I've seen Until I change the truth, rearrange the letters For beauty underneathAurantia loved stormy mornings as much as she loved sunny…Continue

Nothing safe
is worth the drive 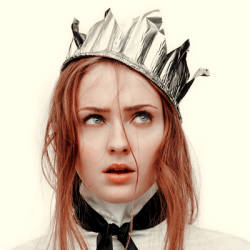 Straight
occupation
Ailward Aspect | Master of the Elements | Carer of Plants and People
timezone
Eastern Standard Time
now playing
Peace
Taylor Swift
section
background
Aurantia Locket was born to an Initia tribe in Southern America, she was born the daughter of the magister of her tribe. In the years of her raising she served her rightful purpose within the tribe and would often be found fetching water from the nearby river or preparing meals for those who had worked long days out in the fields. Upon her 18th birthday Aurantia had been branded with the tribal shaped tattoo on her lower back signifying that she had officially become an elementalist, she had been chosen by the element of water and it didn’t take her long to begin practicing in her new talents. Having access to the control of magic helped to make the day easier for Aurantia, she could lighten the load she had to carry from the river and boil water just with a swift movement of her hand. Life was an ever uphill roller coaster for the teen and in her nineteenth year she would meet the love of her life, another member of her tribe named Jameson who could wield the element of fire. The two had hit it off from the moment they met and before long they were inseparable. Within a short time they were also arranged to be married. Life had hit the ultimate high for the young Initia, which could only mean that her life was due for a downward turn.Upon waking the morning of her wedding day she had been buzzing with excitement, that was until she had been informed that her fiance had been called to the magister’s office. Aurantia had rushed from her home across the plains to where her father’s office resided. She watched as the her father exited his office holding Jameson by the scruff of his neck, her fiance’s chest was bare and upon his lower back were red lines travelling in the shape of flames. Aurantia was confused as she watched from afar and found herself grabbed and held back by her mother, furious the girl tried to break free from the woman’s hold but she wouldn’t let go. “Don’t be seen siding with the phoenix, or your fate will be the same as his” her mother had spoken into her ear as Aurantia continued to struggle.Aurantia was screaming on the inside as she watched her beloved stripped from the world, she was furious and she wanted nothing more to see her father pay for what he had done. Knowing she didn’t have the strength to take on the entire tribe alone Aurantia rushed back to her home and began to pack, she didn’t know where she intended on going, only that she needed to leave right away, she couldn’t stand by and accept the injustices her tribe had allowed to happen. That night once all of her family had fallen to sleep she had left without a word, disappearing into the night never to return again. 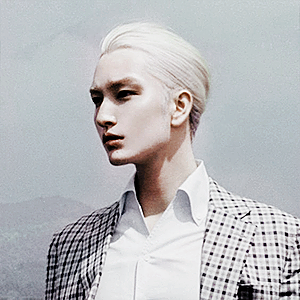 aUrantia loves the outdoors, times with other people, all kinds of weather, gardening, the arts, and helping others with their projects and goals

Aurantia dislikes being alone, projects that have no end, and people being unequal or put down

Aurantia is very close to her family and considers herself both the mediator and ENCOURAGEr in the group. She is closest to Argent out of her sisters.

section
out of character
Carissa has been writing on ECRP for two and a half years now and considers this place very special!  SHe lives in the EST timezone and loves silly comments.
coded by yxgurt

Ailward Aspect✓ Argent Kara Ailward replied to ✓ Aurantia Ailward's discussion Dreamscapes on the Wall (Argent and Aurantia)
"It was almost like clockwork, a few minutes before the sunrise, the aspect of light found herself awakening, a sense of apprehension filling her as she quietly slipped out of bed and neatened the pillows she had been sleeping on before sneaking off…"
Jan 13

Ailward Aspect✓ Aurantia Ailward left a comment for ✓ Argent Kara Ailward
"Here is our second thread. Thanks for being patient!"
Jan 13

Dreamscapes on the Wall (Argent and Aurantia)

When Aurantia awoke, she was surrounded by the soft glow of the sun. It cascaded through the windowpane and left light tracks across her bedroom. She looked at the clock and yawned. It was seven, a.m. She supposed that her sister had already been awake for several hours, by now. The fellow redhead had disappeared from the other side of the queen bed; but the covers and pillows were neatly arranged. Aurantia set her feet on the wooden floor and approached the closet. It was January and still…See More
Jan 13
1 Comment 0 Likes

Ailward Aspect✓ Aurantia Ailward left a comment for ✓ Argent Kara Ailward
"I think this is an ideal ending for our thread. Would you like to start a second that details the community project we've planned?"
Jan 6

Ailward Aspect✓ Aurantia Ailward replied to ✓ Argent Kara Ailward's discussion Midnight Brainstorm (Open to Argent and Aurantia)
"Tia reached up as her sister's eyes brimmed with tears and gently caught the one that fell. "We cannot save everyone, as much as either of us would wish that, can we?" She bit her lip and carefully made sure that the extra blankets…"
Jan 4

Ailward Aspect✓ Aurantia Ailward replied to ✓ Argent Kara Ailward's discussion Midnight Brainstorm (Open to Argent and Aurantia)
"They had something in common, with tragic love of the past. Aurantia often tried to not think too much about the man that she'd lost. After all, time had moved on. His age had come for him slowly, as she watched from a distance. However,…"
Dec 29, 2020

Ailward Aspect✓ Aurantia Ailward replied to ✓ Argent Kara Ailward's discussion Midnight Brainstorm (Open to Argent and Aurantia)
""Well, I'd take that bet, but I do honestly think you'll lose. I'm not planning on falling in love," Aurantia laughed. Granted, falling in love was not necessarily a choice. It tended to just happen when people met others…"
Dec 19, 2020

Ailward Aspect✓ Aurantia Ailward replied to ✓ Argent Kara Ailward's discussion Midnight Brainstorm (Open to Argent and Aurantia)
"In all of her years on the planet, Tia could only say for sure that she’d fallen in love once. Sure, there had been other boys, but it had never felt the same as that first time. Despite the many years that had followed, she hadn’t felt…"
Dec 11, 2020

Ailward Aspect✓ Aurantia Ailward replied to ✓ Argent Kara Ailward's discussion Midnight Brainstorm (Open to Argent and Aurantia)
""If you ever have a blind date or need to break up with someone, I reckon we could still rustle up enough magic that I could step into your shoes for a few hours." Aurantia laughed. "I don't reckon that Malva would approve of…"
Dec 2, 2020

Ailward Aspect✓ Aurantia Ailward replied to ✓ Argent Kara Ailward's discussion Midnight Brainstorm (Open to Argent and Aurantia)
""I haven't seen that one in a while," Aurantia nodded and pulled a fuzzy blanket over them. She liked Christmas movies because they had happy endings. Life always needed more happy endings. The beginning of the film rolled onto the…"
Nov 24, 2020

Ailward Aspect✓ Aurantia Ailward replied to ✓ Argent Kara Ailward's discussion Midnight Brainstorm (Open to Argent and Aurantia)
"Spending time with Argent was always encouraging. Whenever Tia burned out or felt discouraged, her sister was always there to pick her right up again and help her see the best way to do things. They'd spent many times over many years flopped…"
Nov 15, 2020

Ailward Guard✓ Sapphire Rizzoli left a comment for ✓ Aurantia Ailward
"Hey I have typed up our roleplay!  As promised, Sorry if its short I tried hard to make it longer. Animal Rescue"
Nov 10, 2020

How did you hear about us?
In an old tale

Sounds good to me!

Hey I have typed up our roleplay!

As promised, Sorry if its short I tried hard to make it longer.

I would love to plot.