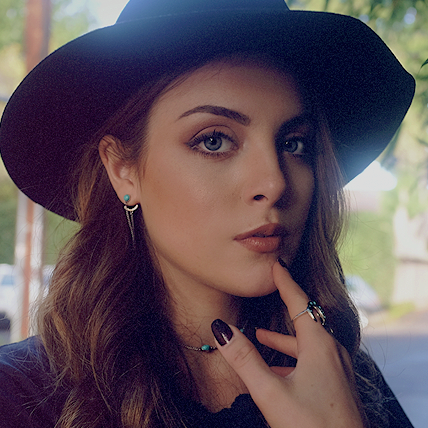 *Flashback* From the very beginning - Finnick and Lucas - Completed

A long, wooden table. Dapple oak, deep in color with streaks of oranges and browns, polished to perfection. The black knots in the wood, deep, like black abyss’ that spotted around the table-top like…Continue

A secret smile that took hold of the corner of his mouth...

Fire and Earth aren't supposed to go together...

A story of Earth and Fire

There is an age old saying that opposites attract, in the case of the Rosenberg sisters origins this couldn't have been further from the truth. Opposites were just that, opposite, incompatible and there was no love between the two.

Fallon and Athena were never birds of a feather as children, their parents only hoped that with age that may change...

Fallon had an attitude, she was regal, proud and held herself as if she were born just as regal as she felt. Athena on the other hand, was kind and caring, the ever doting daughter. Two years separated the Rosenberg sisters, something they couldn't begin to bridge, a chasm between them that only worsened when their elements began to manifest.

Athena was taken towards the Earth, whereas Fallon was taken by Fire.

To see how the sisters grew up, we have to look first to their family. Their mother Clio was a gracious and kind woman, their father Arthur was a regal, proud man with a big heart and Athena's twin brother Cedric, the only son in the Rosenberg family and a boy that followed his sister like a mere puppy. Their upbringing was like any other childs, they had their own rooms right next door to one another, were free to decorate them to their own style and were doted after by their parents. And of course, like any other daughters, Fallon and Athena did their best to hold the attention of their parents away from the other.

Fallon took more after her father, she learnt pride before kindness and always had her reputation in her head; Now, Lets talk about Fallon, the first born. Her 2 years of life before her younger siblings came along seemed like bliss, or as blissful as life could be for a 2 year old, she had all the attention and marvelled in it. Fallon was a proud child, always very aware and extremely intelligent for such a young age.

Her sisters arrival was not predicted, when their mother fell pregnant and told little Fallon, the 2 year old cried as if she were in agony, even at two Fallon knew the worst would happen. These cries only continued when little Athena was born and somehow, Little Cedric too. Fallon knew that the twins birth marked a change in her life, a change that Fallon resented. She wasn't the only apple of her father's eye anymore, the attention she'd had for two solid years shifted and her parents time split inbetween two newborns and their darling toddler. The sleepless nights brought with it a feeling of abandonment for the young girl, the feeling that the attention was all on Athena and Cedric...And Fallon hated her siblings for that.

Fallon ignored the twins immediately. She cried every time they did, thinking she would get the attention, but no one came...The twins were the priority and that fueled a fire in Fallon, Hatred blossomed and she didn't know what to do with it. So, Fallon did what any other confused child did. She and her pride shut the door. Fallon ignored her siblings and was only satisfied when her father gave her his undivided attention which was once a week. One day, Fallons Day.

Her sister however, then had to take that all away once more. When Athena turned 8, she began having night terrors. Gripping and debilitating dreams that had her screaming in the early hours, terrified of any shadow that crossed her path, but miraculously a few therapy sessions later and Athena began to improve and the terrors went away, but her parents never forgot and so Fallons day would turn into Fallons hour.

This continued through school, Fallon was a good student, until highschool of course. Then grades weren't her priority, popularity was. She already had to battle at home for the attention of her parents, but at school? She didn't have to battle for anything. She could be Queen of the halls and not a single person mentioned the Twins...Ever.

This was until Fallons elements started to appear. The burning of her mark and the eratic behavior proved to her parents that she was coming of age. This is when her parents started putting more attention on the eldest daughter. She was shrouded with it and, although she loved it, she was suspicious of it. Her parents waited, until they were sure, to let Fallon know of her birthright...She was Initia born.

Fallons element was as explosive as she was, her meltdowns went from mere childsplay to setting curtains alight and spreading candle flames. Her parents tried to keep fire away from her, so she wouldn't cause any damage to anyone, but a Fire Initia could always seek out the flame...

Near her twelth year, Fallon went throught her choosing ceremony, her Element cemented with fire. Her sister on the other hand, two years after, chose the Earth as her element, meaning the sisters were even further apart. Fallon had the power, and the attitude, to destroy anything Athena created. Whether purposefully or by accident, the chasm between the girls only grew.

Upon turning 18, Fallon decided she would hone her skils towards fire and become a Master at it. Fallon lead her life pretty free of any major issues. She had good grades, Popular at school, dated the Jocks and had very little to do with her younger siblings. However that didn't mean she didn't know things...Athena had, one night before graduation, snuck out with her friends to the woods and something happened to her that sparked every night terror she'd ever had to come flooding back in full force. The screams were like nothing Fallon had ever heard, it was like Athena was being murdered over and over, every night. Fallon sat back for the next years, watching her sister destroy herself. It began with cutting herself off, then partying, then drugs. Fallon had her own life to lead, and so, didn't want to follow her sisters spiral...so she didn't.

Fallon ignored her sisters downfall, until one day Cedric turned up, worried out of his mind and needing his elder sisters help to find Athena...Before she did something stupid. The siblings tracked down the youngest and the scene that Fallon ran on on was heartbreaking. A rope swung around the rafters, the loop tight around Athena's pale, slender throat, the teetering of her toes on the edge of the bannister. Fallon worked quickly, she burnt the rope from the rafters and ran up the stairs, enveloping her sister into her arms. The three Resenberg siblings, all a tangled of arms and tears, holding eachother with Athena trapped in the middle. It was that day that the siblings vowed they would stick together...Forever and always. While seeking masters of their chosen elements, Fallon and Athena discovered Evermore City, a home for supernatural and a home of both an Earth master AND a fire master.

Fallon met Lydia Cassidy. Lydia was Evermores Fire Master, the only element Fallon had wanted to weild, the only one that felt truly right for her and Fallon wanted to learn everything she could. Evermore was a new start for all three siblings, Fallon took the effort to be the big sister she hadn't been for all those years. She checked in with each of her siblings nearly every day and her bond with Athena grew. She managed to get herself a new apartment in the city, something modern that suited her regal mannerisms and she hoped that the new city and the fresh start could be the thing her and her siblings had needed all along.

Here is our RP, enjoy!

Would love to set up a roleplay sometime let me know

Initia✓ Fallon Rosenberg commented on ✓ Sariah Amelie Holloway ~Admin~'s group March Official Active List
"Fallon hasn't had much time in Evermore so meeting a best friend has been tough. She did however move to the city for someone who should be recognised as a best friend. Her sister Athena.  A lot has happened between the two opposites, But…"
Mar 3

For this month's OAL we'd like to show some appreciation for the best friends out there. So post a gif of the role (or roles) on site which your role is closest with and describe their relationship! Maybe even provide a link to their thread so people can read it. Please no ships for this one, we know you love one another but let's show our other RP partners some love <3See More
Mar 3
141 Comments 0 Likes

Initia✓ Fallon Rosenberg replied to ✓ Florian Krüger's discussion Challenging Obstacles [Fallon + Florian]
"Shortage of breath is the first sign. Trying to breathe in the air, but it just wont happen...Like metal bands around the lungs. Then, comes the panic, the dizzy feeling and the need to get back to lower ground. Sweat, pooling upon the palms making…"
Feb 22

Initia✓ Fallon Rosenberg left a comment for ✓ Katrina O'Sullivan
"Thanks for the greeting! Always up for plotting :)"
Feb 19

Initia✓ Fallon Rosenberg left a comment for ✓ Athena Rosenberg
"I suppose you could say, I'm back sister..."
Feb 16

How did you hear about us?
3rd