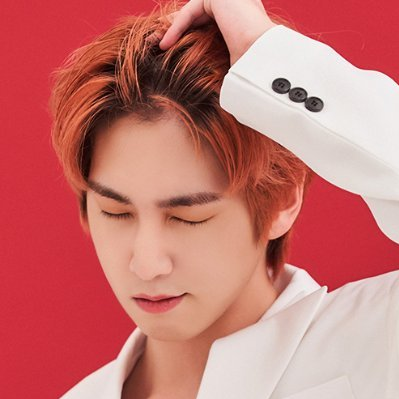 The Price of Loneliness (Ace and Castor)

Are You Really There? Let Me Know, Baby. (Seonghwa and Ha-Joon)

"Hwa, baby. It's time to wake up and make breakfast!" An alarm…Continue

Yet again, I can't sleep. I lay here, drawing out memories of you.

Relationship Status: Has no idea.

Build: Ace works out so he is lean and slim

Distinguishing Marks: A cherry red birthmark spanning from under his left eye to his cheekbone. A scar across his collarbone from a Therian attack.

Tattoos: 걱정마, 내가 갈게 (Don't worry I'll be there.) across his left collarbone, a rose on his right side, and the phrase 난 항상 당신을 사랑합니다 (I will always love you) on his left side for Ayno.

On June 15, 1998, in Incheon, South Korea; Hyunjin and Hansol Kang welcomed their new baby boy Seonghwa Kang into the world. He joined a big brother Daehyuk, and an older sister Ayeon. Seonghwa was a happy baby, always smiling and making little noises that were considered cute by his older siblings and parents. Seonghwa’s parents loved to spoil him with little trinkets and his favorite baby food, which was just applesauce but it didn’t matter to him!

When he was three years old, Seonghwa's parents were out on a date for their anniversary, leaving him with his older siblings. Hansol had said they would only be out for three hours to eat dinner and maybe catch a movie at the nearby cinema. When they didn’t come back, Ayeon began to worry and called her mother and father several times. When she got no answer, she scooped up Seonghwa, grabbed Daehyuk by the hand and stuck them in the car.

For several minutes neither of the siblings said a word, as they went to find their parents. Seonghwa finally spotted the car and jumped up and down in his car seat, making Daehyuk startle and see the car. After the car had stopped, Daehyuk ran toward the car, leaving Ayeon to get Seonghwa out and find her phone so she could call 119 if she needed to. The car seemed to be okay, but their parents were nowhere to be found. Daehyuk finally found them by a dumpster in an abandoned alleyway. They were cut up, but they seemed fine. When Seonghwa asked why his mommy had a cut down her face, Hyunjin told Daehyuk and Ayeon that she and Hansol had got into a fight with a very mad cat.

When Seonghwa turned five, he enrolled in Primary School. He was very shy, so he didn't talk much, but he befriended a girl named Nayeon, she was nice and shared her kimchi with him, so he liked her from the start. The two eventually became inseparable throughout Primary School. But, as soon as they hit fifth grade, Nayeon stopped coming to school. Seonghwa wondered where she had gone, and why she wouldn't answer his phone calls. He eventually found out that Nayeon had died from leukemia, something he didn't even know she had. He was sad all throughout the year and into sixth grade.

In seventh grade, Seonghwa learned how to move past her death as his parents said they were moving to Evermore, Colorado since Hansol was offered a job there. Seonghwa accepted this and as soon as he got to America, he adopted the name "Ace", since he was an ace at school. He also started swimming and playing football. Seonghwa became very good at it and was put on the Varsity team. He loved this and also loved English because he could learn a new language. Seonghwa had known a little bit of English in Korea, but not enough to pass the class.

As soon as Ace got to High School, he became more developed in English and in build and height. He started to become more popular and even got Homecoming Duke in his sophomore year. Ace still swam and still played Varsity football. He won the team several games and even fell in love with a boy in his English class. This boy's name was Ayno, a Korean boy with a Japanese nickname. Ace thought he was beautiful and began to question whether he should ask Ayno out. They had become great friends since they were both foreigners and quarterbacks.

Ace finally asked him out when they were in senior year, to the senior prom. To his surprise and excitement, Ayno said yes. So Ace took him to prom and took him out to dinner as well. But, that night, the boys ran into a hungry, and rouge Therianthrope. The therian attacked both boys, but only Ace made it out. This made Ace even more said than he was before about Nayeon. All throughout the rest of the year, Ace refused to talk to people, excelled even more in his work and football, but still wouldn't talk to anyone until graduation.

Ace is still said about Ayno since it only happened two years ago and he still keeps their photo from prom next to his bed in his apartment. He works at the bar and on his off days is frequenting the mall or cafe.

Ayno is Ace's boyfriend from senior year. Ace loved him to death and even took him to the senior prom. Both boys were quarterbacks for the Evermore team. Ace the main one, Ayno the second string. After prom Ace and Ayno got attacked by a rogue Therianthrope, and Ace believed that Ayno didn't make it. Unbeknownst to Ace, Ayno is alive and is trying to find him. Ayno survived the attack by escaping with three identical claw marks across his left side.

Baron is Ace's older brother. They both play football. Baron loves to sing and is a big goofball. He often has no filter and is not afraid to say what's on his mind. Ace is the closest to Baron of his two siblings. Baron has a boyfriend that Ace adores and often goes with them to places because Baron wants to cheer him up.

Tiffany is Ace's oldest sibling. She let him spend almost a month at her place because he couldn't stay in his apartment without hallucinating. Tiffany loves to treat him like he's still a teenager, and will buy him ice cream on all occasions since she knows he loves sweets. She was the one who accepted his sexuality along with Archer first and even taught him how to his makeup.

Carmen is Ace's cuddle buddy like Artemitra says it is like he's a koala. After the accident involving him and Ayno and the Kitsune, Ace was taken to her after he was having trouble breathing and almost died. But, Carmen saved him and Ace is always attached to her, either asleep or awake, he is curled in her lap or around her back.

The Price of Loneliness (Ace and Castor)

Your Brother's Keeper (Svetlana and Ace)

Are You Really There? Let Me Know, Baby (Ace and Ha-Joon)

Ayno is Ace's kitten, only four months old. He is a very rambunctious kitty and is very friendly. He might even lick you to death, which leads Ace to think he's part puppy.

Hwanwoong is Ace's puppy, only two months old. He is a very playful puppy and yips to much at Ayno. But they get along perfectly fine. Hwanwoong is always jumping on people and licking them to death (Not literally).

Trial✓ Florian Krüger left a comment for ✓ Ace Kang
"Seeking Help Our Forum is up!  -Florian ;3 "
15 hours ago

Human✓ Ace Kang replied to ✓ Ace Kang's discussion Waiting Room Pals (Ace and Seniah)
"Ace took her hand and pulled himself up, gently so he didn't knock the smaller girl over. "No. Don't get Dr. Bentlin. I'm fine." He replied and brushed off his skinny jeans, looking up when she said…"
Wednesday

Human✓ Seniah Rose replied to ✓ Ace Kang's discussion Waiting Room Pals (Ace and Seniah)
"Seniah moved closer to the boy holding out her hand to him to try and help him up into a standing position “Should I go get Dr. Betlin? Do you want to go out for a coffee? What can I do?” Seniah was the type of woman who would help…"
Wednesday

Human✓ Ace Kang commented on ✓ Sariah Amelie Holloway ~Admin~'s group February Official Active List
"I confirm I am active as the role of Ace Kang, and their faction is Human. Your Brother's Keeper"
Feb 7

Human✓ Ace Kang replied to ✓ Svetlana Vasilyev's discussion Your Brothers Keeper (Svetlana and Ace)
"He watched her smile and wished that he could smile as well, but it was difficult. "It's actually worse getting caught up in your own head. You never know what could be going on up there, and even if you did, it would be scary. I know…"
Feb 7

Template: I confirm I am active as the role of {role name} and their faction is {faction name}Additionally, you need to provide a link to 1 RP reply or start you have done AFTER January 19th.See More
Feb 2
123 Comments 0 Likes

Human✓ Ace Kang replied to ✓ Ace Kang's discussion The Price of Loneliness (Ace and Castor)
"Ace's original plan was not to come to the cafe since he knew that he would much rather be at home watching Scarlet Heart: Ryeo and starting The Untamed. His sleep was usually plagued by nightmares of Baekhyun and dreams…"
Jan 14

Human✓ Ace Kang commented on ✓ Sariah Amelie Holloway ~Admin~'s group January Official Active List
"2019 was not a good year for Ace. It would've never been a good year anyway. He had so many different hallucinations, his depression got worse and he wasn't sure that he was even okay in his head. On the good part, he met people that…"
Jan 9

Instar Diviner✓ Castor Lavender replied to ✓ Ace Kang's discussion The Price of Loneliness (Ace and Castor)
"The smell of fresh coffee stirred the dark haired woman from her slumber, opening her eyes she was greeted by a handsome smile and a kiss. “I know I know, I sleep too much, go shoooo go open your cafe.” She said sitting up and accepting…"
Dec 16, 2019

Human✓ Ace Kang replied to ✓ Giselle Stark's discussion Winterfest - Open to all of Evermore
"Christmas. A time where there was supposed to be joy and everything was supposed to be bright and merry. But to him, it wasn't. He hadn't celebrated Christmas since three years ago when Ayno was still alive. He had believed that Christmas…"
Dec 5, 2019

Our Forum is up!

The time of year is finally here. :)

There's Something rustling among the presents. Oh what could it all be?

Take a look under your tree, as something special awaits for you. 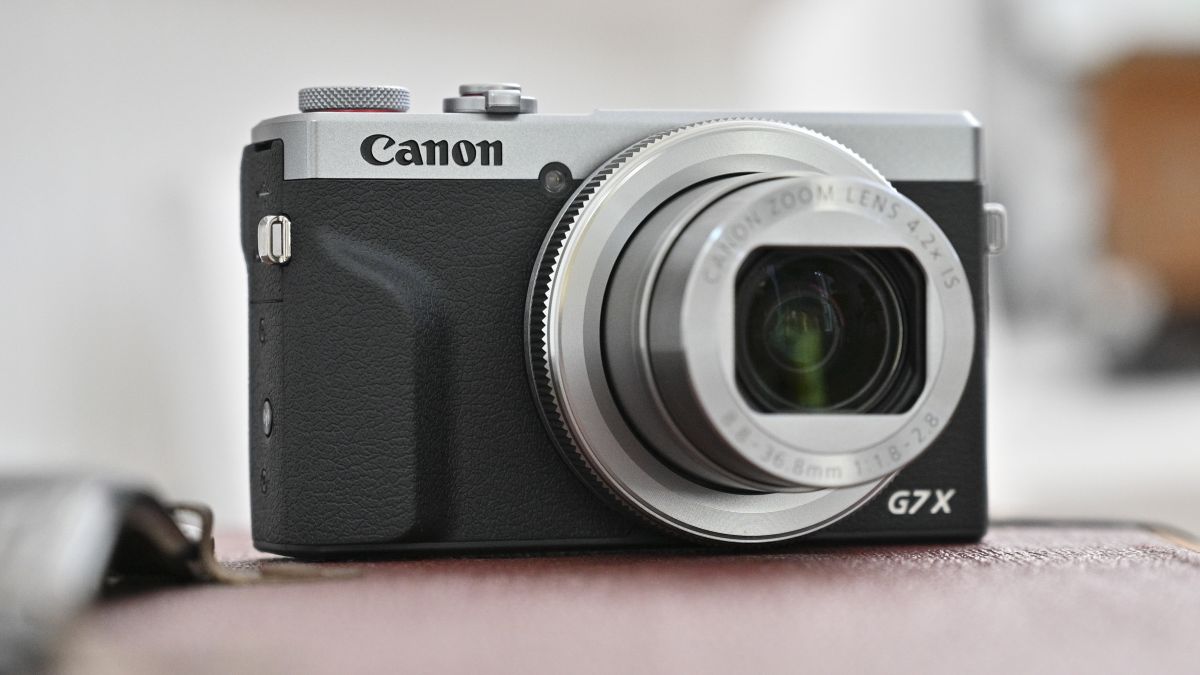 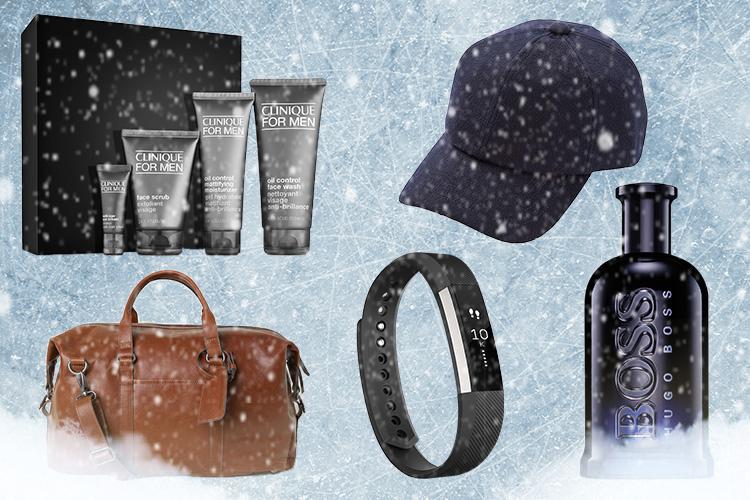 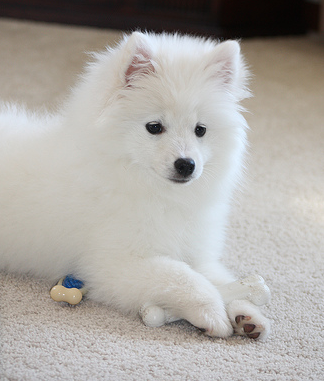 Merry Christmas to you and your new friend.

From your Secret Santa.

Heya Hooman, sorry. I just noticed this comment in my things *makes a face, as terrible for being so late* I have 6 roles, but only a few of them are open for plotting. But when you're next on, give me a shout and we can plot something with our roles :)

Once again, sorry for the lateness

I am always available to plot.  Do you have any ideas?

Hey! Here's the thing we talked about

Hello, thank you for the add. I hope we can plot soon

Welcome, back. Feel free to hit me up with any more questions you may have.

How did you hear about us?
Ex-Member

NewJake Xiao is now a member of Eternal City RP
5 hours ago
Welcome Them!