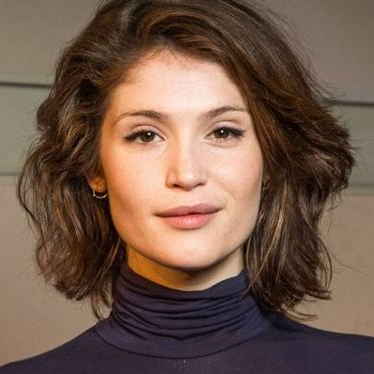 "Welcome everyone to Gravity Falls Adventure Tours my name is Calista Wolff and I’ll be leading your jump tour today.” Smiling at the gathered 20 individuals that were standing in front of her,…Continue

“Champagne Miss?”The brunette looked up from her menu, her mocha hues warming to a smooth cocoa as she regarded the…Continue

How did you hear about us?
Online!

Initia✓ Calista Wolff replied to ✓ Calista Wolff's discussion Gravity Falls || Calista & Virindeus ||
"Grinning from ear to ear Cali dipped her head in a silent acquiescence to his point, “Touche.” Her response was delivered in an equally flirty tone, though she was a bit surprised that the tall giant of a man was engaging with her in…"
May 20

Initia✓ Calista Wolff replied to ✓ Austin Connelly's discussion Defying Gravity (Austin and Calista)
"Giving him a flirty smile the brunette lifted one shoulder in a half shrug, “You're going to have to do a whole lot more than flash those pearly whites to impress me.” The double entendre that they were parrying back and forth…"
Apr 29

Initia✓ Calista Wolff replied to ✓ Katrina O'Sullivan's discussion The Poses of Yoga (Calista & Katrina)
"Just another day in paradise. Evermore hadn’t exactly been on her prime list of locations that needed to be visited and explored, yet here she was. Putting down roots and spreading her wings within the Eternal City, finding a niche that she…"
Apr 22

I confirm I am active as the role of {role name}, their faction is {faction name}.Additionally please include a RP reply or starter your character has completed AFTER 20th March. See More
Apr 10
130 Comments 0 Likes

Initia✓ Calista Wolff replied to ✓ Ivory Tessa Blake's discussion Meditation and Reunion (Open to Ivy and Calista)
"Perhaps the arrival of yet another individual from her past was some sort of sign from the universe, an omen given more credence that this was indeed where she was supposed to be. Cali considered herself a spiritual person, being an Initia Master…"
Apr 10

Ailward Aspect✓ Virindeus Ailward replied to ✓ Calista Wolff's discussion Gravity Falls || Calista & Virindeus ||
"Deus gave a playful chuckle at her statement and a flirty smile “I guess the beauty of life if everyone gets to enjoy it the way they wish. So it doesn’t have to be counterintuitive.” He gave her a flirty wink before he ran his…"
Apr 9

Initia✓ Calista Wolff replied to ✓ Calista Wolff's discussion Gravity Falls || Calista & Virindeus ||
"“Having a thing for life and playing it safe seems counterintuitive for some of us.” Cali’s smile was flirty, a light chuckle issuing from her lips as she gazed at him thoughtfully. His perspective and view gave her a slightly more…"
Mar 30

Initia✓ Calista Wolff left a comment for ✓ Katrina O'Sullivan
"Hey! I would love to plot and figure something out! Inbox me or post up some ideas on my page!  ~Cali"
Feb 18

Initia✓ Calista Wolff replied to ✓ Ivory Tessa Blake's discussion Meditation and Reunion (Open to Ivy and Calista)
"Popping a handful of kettle corn into her mouth Calista wandered from the break room up towards the front of the studio. Waving at a couple of her clients, smiling around a mouthful of food she typed a few commands into the computer so that her…"
Feb 17

I would lopve to set something up

Hey! I did the thing!

My blast from the past,

Hope you enjoy these gifts x)

From left to right.

A necklace of beauty for beauty.

I know you enjoy glass blowing so I hope to have a trip to go soon, This is something I made for you.

Special Herbal teas of my own blends.

I hope you enjoy them, *me admiring your beauty*

Got it done! Hope it's okay; Enjoy x) Click Here For Forum