Dhampir✓ Mavi Talman left a comment for ✓ Caden Fowler
May 17

Dancing on a Lonely Planet (Maverick and Ambrose)

Mavi had always been independent. As long as she could remember she had bounced out of bed with a plan for the day and the excitement to go after it. Of course, when she was a little girl, this just…Continue

Where My Heart Is | Maverick and Caden

When Mavi came to Evermore, she knew that she would spend the next three months on her own. Whenever she left New York and kissed her baby goodbye, leaving little Evelyn in Caden's arms, it was like…Continue

Looking in the Mirror (Maverick and Malva)

Mavi didn't like shopping malls. They were crowded, noisy, and filled with the smell of overcooked, overpriced, and under performing food. Sometimes, however, in a pinch everyone ended up there.…Continue

Stand & Unfold Yourself (Maverick and Finley)

Mavi had never been clueless. With a full head of light colored hair that had finally darkened with at the age of eleven, she’d never had the luxury of being a dumb blonde. Growing up in foster care…Continue

ETYMOLOGY: INDEPENDENT, a NONCONFORMIST the name Maverick is a traditional masculine name and suits the atypical free-spirit. It is of American origin. | BELOVED the name Esmé is a traditional feminine name and is generally spelled with an accent on the finally é, making it pronounced EZ-may, however in Maverick's case it is simply pronounced the way it is spelled. EZ-me. The name is French in origin. | STONE or FOREBEARER the name Talman is Greek in ancestry and is Mavi’s adoptive surname. Her biological surname and family are unknown.

NICKNAMES: Mavi - teachers, Mavi’s teachers at the nunnery shortened her name when at age four she had trouble pronouncing it. The nickname stuck. | Essie - her adoptive family chose to call her something based off her middle name believing the name ‘Maverick’ to be boyish and unladylike. | Mav - to friends and family, this is the final shortened version of her name

SPECIES: Dhampir | Mavi is half human, half valkyr on her biological father’s side.

TATTOOS | PIERCING(S): A tattoo of two tiny hearts on shoulder blade, and a quill pen that twists behind her left ear| Ears are pierced traditionally though she only wears simply jewelry.

NOTABLE JEWELRY: A thin gold ring on her left pinkie finger that she purchased when her daughter was born. It has her birthdate, the July ruby, and both of their initials engraved inside.


ZODIAC SIGN | EXPLAINED: Scorpio | I’m defined by my strong will, sensitivity, and ability to support others

EDUCATION: Mavi attended a private Catholic school for the entirety of her elementary school years. It was only in middle school that she transitioned into public school and then high school. | She attended college at MIT ( Massachusetts Institute for Technology) and studied Journalism.

HAIR| EYE COLOR: Mavi's natural hair color is a dark blonde that could be described as honey. On occasion, she's dyed it, more for the need of change than as a fashion statement. Red streaks and black locks were a common teenage crux, while growing into her college years she lightened her strands to a golden shade.| Her eyes tend to change color with the light. They are the color of ocean waves: a soft grey around the edge which meld into a deep central green, genetically called central heterochromia.

ETHNICITY: Caucasian | Ancestry of half American and half Jewish. Her family ancestry is also touched by magic.

KNOWLEDGE OF THE SUPERNATURAL: Maverick was raised in the human world away from knowledge of magic, however, she always knew that there was something different about her and lacked a feeling of belonging to the rest of the world until she came to understand that her father was a Valkyr and she was a Dhampir.

PERSONALITY: Growing up in the system pressed Maverick to develop a strong sense of individuality, where others may have staggered in a crowd. Her quirky personality resonates well with others, and very rarely will you find her in the middle of a conflict. She is often found to be a stabilizing factor for others and absorbs emotional impact in heavy situations. However, her bright tone and smile often hide a raging inner emotional storm. She tends to forget that her emotions need an outlet, and will try to contain them until they burst, whether positively or negatively. Exceedingly diligent, Mavi is ready to work hard for what she gets. She tries to understand that things in life don’t come easily and she wants to work hard in order to give her daughter a better life than the one she knew as a child. Although she seems to have difficulty realising her own accomplishments, she does accept praise, when they are pointed out. Overall, despite being kind-hearted, Mavi appears to lack a more delicate knowledge of herself and can have trouble identifying her own emotions and handling them with competency.

Hi Mavi! It's Adelaide. I'm really excited to give you gifts this year! I heard that you like red wine so I decided to get three bottles. It's from a while ago, so that means it's really good! I also wanted to give you some headphones so when you go jogging, you can listen to music! 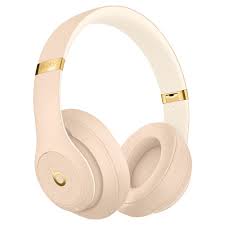 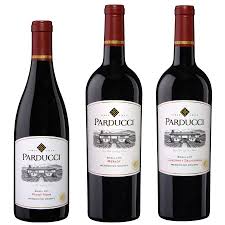 No worries, I've replied, take as much time as you need.
~Clara

I would love too, what did you have in mind?

How did you hear about us?
Already on site