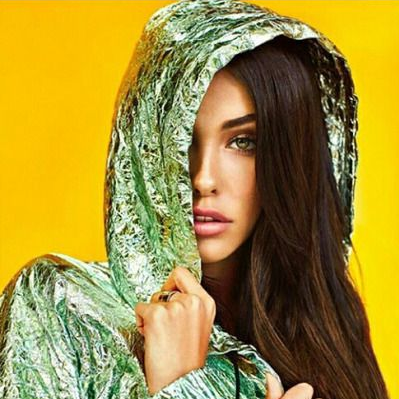 Upon arriving in Evermore, Eden had moved into a motel. She'd only had just enough money to get…Continue

Go, Let Me Save You (Eden and Lucius) {Volakiri Bond}

One Wish (Argent and Eden)

Eden's life had been anything but easy. From the moment…Continue

After A Long Day (Eden and Knox)

After finding her sights set on Colorado, Evermore. Eden had moved to the Eternal city, where there…Continue

He speaks to her in ways no one before him had, and that is why it's impossible for her to not listen ~ JmStorm

"Sometimes I wonder why am not dead. I guess it's my charm"
- Lucius Wright

❤♕❤ DHAMPIR ❤♕❤ LOVE INTEREST ❤♕❤ NEIGHBOR❤♕❤
Knox and Eden have known one another since her arrival in Evermore. Eden came to the city without a penny to spare aside from the cash her sire sent with her, which she used to pay for a motel room. Knox happens to be her next door negihbor What started out as small talk in the hallway as they passed one another, turned into them inviting each other over when they splurged on fast food. Eden recetly asked for his help with some plumbing work, and it seems that the more she's around him, the more she wants to be. Due to Eden's way of paying for her room, along with anything any she needs though, she's simply terrified it'll ruin her chances with him. But, Eden also knows she can't keeping dangling on the line she drew between them. Eventually she'll cross it, and with any luck, he'll feel the same when the time comes. But for now, Knox is the one person Eden has learned to trust, and feels a true connection with.
_______________________ ♰ ｡ ℇ ｡ ♰  _________________________

✾۵✾ Ailward Aspect ✾۵✾ NEW FRIEND ✾۵✾ WATCHING THE SUNSET ✾۵✾
Eden met Argent at the park, where Eden had been hopelessly tossing coins into a fountain, and cursing at it for not granting her any wishes. Argent noticed how sad Eden seemed, and invited her to sit with her so they could watch the sunset, surprisingly something they both love doing everyday. Eden and Argent ended up in a deep conversation, where Eden was finally able to get everything she'd been holding back, off of her chest. Argent is a beacon of light in Eden's dark world, a breath of fresh air. Eden has boldly asked Argent for a girls night. The Valkyr loves the redheads company, and hoopes this will become a close friendship between them. They surprisngly had more in common than Eden would have ever imagined.
_______________________ ♰ ｡ ℇ ｡ ♰  _________________________

Dhampir✓ Knox Waylon Xavier replied to ✓ Eden Shaw's discussion After A Long Day (Eden and Knox)
"She was crazy, plain and simple. There was nothing in what she had said or what she was suggesting that was viable. Even with the pair of them the house, he was dreaming of would take a considerable amount of work. Not to mention the funds they…"
Monday

Ailward Guard✓ Bexley Dumont replied to ✓ Eden Shaw's discussion Darkness In My Soul (Eden and Bexley)
"“Well at least you are not fully addicted that is much harder to handle then cravings.” Bexley said gently as she looked to the vials for a moment. “It's most likely the fear of not wanting to turn into what you fear that…"
Mar 20

Valkyr✓ Eden Shaw commented on ✓ Sariah Amelie Holloway ~Admin~'s group March Official Active List
"Argent Ailward (Sunshine) - Argent and Eden met one day during Eden's attempt at throwing coins into a wishing well, where she ended up cursing because she thought she wasn't doing something right. After several different times of using…"
Mar 7

For this month's OAL we'd like to show some appreciation for the best friends out there. So post a gif of the role (or roles) on site which your role is closest with and describe their relationship! Maybe even provide a link to their thread so people can read it. Please no ships for this one, we know you love one another but let's show our other RP partners some love <3See More
Mar 7
138 Comments 0 Likes

Celestial✓ Lucius Wright replied to ✓ Eden Shaw's discussion Go, Let Me Save You (Eden and Lucius) {Volakiri Bond}
"Lucius was someone he vowed to never kill anyone no matter how much someone bad has done to someone else. With him turning around seeing the other is not responding the star didn't know what he was going to do or say but to get the female who…"
Feb 8

Valkyr✓ Eden Shaw replied to ✓ Eden Shaw's discussion Go, Let Me Save You (Eden and Lucius) {Volakiri Bond}
"Eden wasn't sure what had happened at first. She heard the screams of horror from other people, and she saw the man fall to the ground lifeless. But, still, she hadn't really grasped what it had meant. Eden began heaving, and she looked to…"
Feb 4

Valkyr✓ Eden Shaw replied to ✓ Eden Shaw's discussion One Wish (Argent and Eden)
"The Valkyr clasped her hands together excitedly, with a bright grin adorning her features when she heard the title 'Tangled' "Such a good movie, and oh man, you ain't lying about the music!" it was nice to just sit here and…"
Feb 4

Valkyr✓ Eden Shaw replied to ✓ Scott Alexander Parrish's discussion Helping Hands (Scott + Eden)
"Eden shook her head when Scott said some people just didn't think, but to what extent? A person would go as far as stealing something as big and as noisy as a horse? She was certainly floored beyond expression. Eden chuckled, she supposed it…"
Feb 4

Valkyr✓ Eden Shaw replied to ✓ Zandra Smoke's discussion A Holiday Miracle (Zandra and Eden)
"Eden had lost plenty in her life, but it never seemed to matter as much as it did during the holidays, because beneath the layer of 'i'm a bad ass Valkyr who can tear your world apart' laid a layer of a weak little girl, who'd…"
Feb 4

Valkyr✓ Eden Shaw replied to ✓ Eden Shaw's discussion After A Long Day (Eden and Knox)
"The brunette noticed a lot. Eden had worked with people so much, that reading them, became a hobby. So, every time Knox would avert his gaze just to avoid her body language, she couldn't help but smirk and think to herself 'ive got…"
Feb 4

Ailward Aspect✓ Argent Kara Ailward replied to ✓ Eden Shaw's discussion One Wish (Argent and Eden)
"She smiled brightly when she named her favorite Disney movies, nodding her head slightly in approval “Those are good choices, you like the animals huh?” she could relate to that, though she could also be quite biased by the princesses…"
Jan 26

Dhampir✓ Knox Waylon Xavier replied to ✓ Eden Shaw's discussion After A Long Day (Eden and Knox)
"He couldn't look at her, couldn't watch the way her body moved as she placed a sassy hand on her hip. Each time she got flirtatious or stern the Male had to keep himself from leaning over and kissing her senseless. Chuckling at her…"
Jan 22

Celestial✓ Lucius Wright replied to ✓ Eden Shaw's discussion Go, Let Me Save You (Eden and Lucius) {Volakiri Bond}
"Lucius grew fond from the female knowing what she said is true. The star was not leaving until something gets solved or get the female out of harm's away. Lucius knew what he was doing is heroic and knowing he would be called that but really he…"
Jan 20

Valkyr✓ Eden Shaw replied to ✓ Scott Alexander Parrish's discussion Helping Hands (Scott + Eden)
"Eden was simply shocked when Scott told her that they had closed down entirely, on account of greed and thieves. "That's a shame. You wouldn't assume people are simply stupid enough to steal something as big and noisy as a horse"…"
Jan 19

How did you hear about us?
Already A Member

Hey there Eden!
Here is the starter we talked about
-click me-

As Promised, I have our starter up already.

Hope you enjoy. I look forward to seeing how this one goes :)

Hi, Eden. Jump into my inbox and we can plot.

It's nice to meet you. 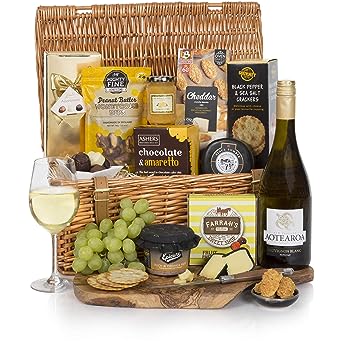