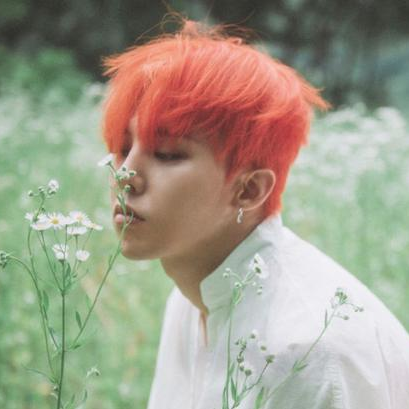 Better Than That (Tae and Nikolas)

Today marked a week since Tae had last saw him.…Continue

Taehyun stood in front of his bedroom door, staring into…Continue

Wake Me Up When It Ends (Miyaza and Tae)

"Miyaza... where have you been?!" the Diviner snapped, glaring right through…Continue

"No matter how much I've been broken before it shaped me into a stronger woman then you could've imagined."
- Mirae

✓ Returning Life: Dark Diviners have the power to bring a being back from the dead, this can only work with in 24 hours of the being passing away, any longer and the magic will not work; the spell lasts until the caster dies. However, this is not a gift to be used lightly, a Dark Diviner can only bring back 2 beings, anymore could kill them.

✓ Night Time: Night is prime time for Dark Diviners, they get some of their power from it and can do exceedingly better during this time.

✓Teleportation: Dark Diviners have the ability to teleport themselves and one other to another location which they picture in their mind. When they teleport a puff of black smoke will be left in their place. However, teleportation is draining on powers which means a Diviner cannot do it more than twice in 12 hours.

✘ Bringing back the dead: Dark Diviners are unable to bring back more than 2 dead beings, this has not be exceeded by any known Dark Diviner.

✘ Stamina & Insanity: It takes time for a Dark Diviner to build up the stamina to practice magic for a longer period of time. If combining light and dark magic, they are able to last longer, however when alone they cannot work for as long. The continuous use of magic will eventually send a Dark Diviner insane.

✘ Light Magic: Dark Diviners are weakened some when light magic is used against them.:

✘Daytime: A Dark Diviner will be slightly weaker during the day than they are in the night.

✘ (AS A WHOLE) Use of spells: If a Diviner uses spells continiously side affects will start to occur. They will start getting nose bleeds and in some cases the Diviner might pass out from the magic. If they continue to use mass amounts of magic over a short period of time it will drive them insane and in some cases cause death.

Miyaza is the love of Tae's life. But, their story is far from complicated. Miyaza and Tae met while he was stationed in Busan, after he lost the love of his life Jae-Sun, he walked around in shock with Jae's blood all over him, scaring the entire camp. Miyaza happened to be the only one to get him to listen that day, and forced him to clean himself up and act right. Months later, he was in love again, and it seemed like she had been ripped away from him just as quickly. While Tae began to think Miyaza was dead, he let dark magic consume him, and ended up in more than one affair with other guys. Now that Miya has returned, safe and sound, Tae wants to know the truth, and he wants to fix things between them on his part. All he knows, is that he never stopped loving her, and never will.
________________________ • • • • • ≋T≋ • • • • • _________________________

Valentine is the first guy Tae hooked up with in the city. After walking through the city on a rainy day, Tae happened to pass a bakery that he was basically yanked into, greeted by noneother than Val himself. Val had pulled Tae in fussing at him about him getting sick and offered him dry clothes, and a shower. After a shower, Tae retruned to Yeollie's baked goods, Tae appreciated his generoisty and instead of saying thank you, his body ended up doing the speaking, and the two hooked up right in his bakery. Then Miyaza showed back up, so while Tae doesn't regret his fling with Yeollie, he hopes the two can leave it at a friendship only kind of thing.. regardless of how gorgeous Yeollie is, Miya is his world.
_________________________
More coming soon

Celestial✓ Miyaza Ryou replied to ✓ Tae Cho's discussion Wake Me Up When It Ends (Miyaza and Tae)
"It's been so long since they have been together under one roof, it was like yesterday she lived with Taehyun on the weekends. There night so sweet and sometimes they were not so pure. To others, they were new love that never wants to be apart,…"
Jan 22

Instar Diviner✓ Tae Cho replied to ✓ Tae Cho's discussion Better Than That (Tae and Nikolas)
"The Dark Diviner looked up to Nik, who seemed confused, and smirked at him a little. The pool didn't have anything to do with what Tae thought he could do to help him out, it was simply just a way for them to talk, relax and break the ice…"
Jan 18

Instar Diviner✓ Tae Cho replied to ✓ Tae Cho's discussion Darkness Pull Me Closer (Tae and Penelope)
"The cone of silence spell was impressive as she done it without any sign of struggle or hesitation, which made the Dark Diviner smirk a little. Tae had let dark magic consume him more than once now, and he knew he consequences, but he couldn't…"
Jan 18

Instar Diviner✓ Tae Cho replied to ✓ Chansol Kyu's discussion Gym Complications (Chansol & Tae)
"Tae had recieved just as many punches to his own face. The adrenaline however, made it so that Tae didn't feel a thing. He saw red, and he had blacked out, becoming consumed by anger as he continued to allow his fist to break the bones in the…"
Jan 18

Instar Diviner✓ Tae Cho replied to ✓ Tae Cho's discussion Wake Me Up When It Ends (Miyaza and Tae)
"Taehyun wasn't sure what to think of any of it really. He had went along with assuming the Celestial was dead, because that was the only way he could cntinue living with himself. Still, even thinking she was dead made Tae want to die. Nothing…"
Jan 18

Instar Diviner✓ Penelope Winston replied to ✓ Tae Cho's discussion Darkness Pull Me Closer (Tae and Penelope)
"After they ordered and the waitress was gone. Penny ran her fingers along the edge of the table casting a cone of silence spell around the table so no one would be able to understand a word they were saying outside of the cone. She placed her hands…"
Jan 16

Instar Diviner✓ Tae Cho replied to ✓ Chansol Kyu's discussion Gym Complications (Chansol & Tae)
"Tae stared at the clock as it slowly ticked away, nearing the end of his shift at the bar. The Dicinner had settled in quite nicely at this bar, and today he had trained the new guy, Jerome. Jerome began panicking when he realized that he was being…"
Jan 11

Instar Diviner✓ Tae Cho commented on ✓ Sariah Amelie Holloway ~Admin~'s group January Official Active List
"In 2019, Tae went through quite a bit with thinking Miyaza was gone forever, to feeling himself slowly slipping into a really dark place with his magic. Miyaza has returned however, and the two of them are trying to figure things out. Tae also met…"
Jan 2

Dhampir✓ Nikolas Peralta replied to ✓ Tae Cho's discussion Better Than That (Tae and Nikolas)
"The Dhampir lost all hope after his family had been dead set that he could not do anything that means protection. After coming here and meeting a diviner he had enough reason for him to try harder. he reached out to two people outside of the Dojo…"
Dec 31, 2019

Instar Diviner✓ Tae Cho replied to ✓ Tae Cho's discussion Better Than That (Tae and Nikolas)
"Tae had never been one to offer a helping hand to anyone. Not without something in return. But, he hadn't really made any friends in the city yet, and truth be told, he needed to try because so far, all he had done was scared everyone away. He…"
Dec 30, 2019

Instar Diviner✓ Tae Cho replied to ✓ Tae Cho's discussion Darkness Pull Me Closer (Tae and Penelope)
"It had become tiring to the Dark Diviner to say the very least. Coming here every single night, no, more so being pulled here every single night by some kind of force he couldn't fight, then not being able to get inside, to whatever it was…"
Dec 30, 2019

Fluid RoleSanta C left a comment for ✓ Tae Cho
"Hey there Tae! Figured you could use some light in your life and what brighter light is there than your favorite celestial? And something for your profile :) Much love! (Not So) Secret Santa"
Dec 22, 2019

Celestial✓ Miyaza Ryou replied to ✓ Tae Cho's discussion Wake Me Up When It Ends (Miyaza and Tae)
"Throughout all those cold sixteen years, this moment to the young star is like a treasure. She really missed him and it was no lie. With nothing but their memories together back her made her feel so many bittersweet emotions Miyaza never thought she…"
Dec 14, 2019

Figured you could use some light in your life and what brighter light is there than your favorite celestial?

And something for your profile :)

Much love! (Not So) Secret Santa

Here is our thread! I hope you enjoy a little bit of drama ;] Some of the starter went a bit different than what we discussed <3

If you knew that, why'd you do it?

If I don't get distracted.

Hey gorgeous. Your page looks better since I am on it. ;)

No biting me though. I own the teeth in this relationship.

Hey, There Tae!
I think it's about time for me to be in your comments. Your pages look better since I am it :P

Hi, Red Hots! Here's our starter. I hope you like it. It took me an hour and a lot of distractions but here you go!