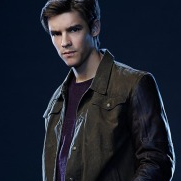 How did you hear about us?
Is a memeber

Why do you look like her? (Lucius & Elle) - Completed

A bittersweet reunion (Lucius and Malva)

There is always a path to cross for a better life

I hope your Christmas brings you a lot of joy. And, I hope you like the gifts

To a star that had swooped into my life, and completely blown me away <3 I got you are star dog tag thought it looked pretty dope.

Some pins from London to remind you of home.

And lastly I know you enjoy coffee I myself grow my own coffee beans so I thought I would stock you up with the best coffee in Evermore.

I hope you have a wonderful Christmas,

Celestial✓ Lucius Wright replied to ✓ Artemitra Astrid Bluemoon's discussion Festive Reunion (Artemitra + Lucius Only)
"The last time the star saw Artemitra is in London when he broke her heart by his words. It was a time his adoptive parents wanted him to get married and have grandkids.  Lucius was not about that life as he didn't want anything back in the…"
19 hours ago

Celestial✓ Lucius Wright replied to ✓ Lucius Wright's discussion A bittersweet reunion (Lucius and Malva)
"It did hurt, Lucius reflects what happened years go how he socializes with people nowadays. "She knew too much or saw something she was not supposed to see. Meeting her decedent looking just like her now brings up all those memories…"
yesterday

Celestial✓ Lucius Wright replied to ✓ Eden Shaw's discussion Go, Let Me Save You (Eden and Lucius) {Volakiri Bond}
"Lucius grew fond from the female knowing what she said is true. The star was not leaving until something gets solved or get the female out of harm's away. Lucius knew what he was doing is heroic and knowing he would be called that but really he…"
yesterday

Celestial✓ Lucius Wright replied to ✓ Erythreus Ailward ~Admin~'s discussion After All This Time (Erythreus and Lucius)
"Lucius was one of the stars that do not trust the aspects with one inch of mercy. Why should he give them a sense of reason for what they did? He given Malva respect as she is a woman and Lucius is not about that life to treat a woman like that. Not…"
Sunday

Celestial✓ Miyaza Ryou replied to ✓ Miyaza Ryou's discussion Why you have to be so mean? ( Miyaza and Taealha)
11 hours ago