Another Day *open to any*

The day in court was a long and dull one for the district attorney. The case was simple, very cut and dry, and the evidence against the accused would see them all behind bars by the end of the week. The young couple had strange Bonnie and Clyde fantasies they had thought would be fun to act out but they had been very mistaken to think Evermore would be the place to do this. The female was very mentally ill but she had been found stable enough to stand trial and Jackson would ensure they were both held fully accountable for coming into his city to hurting people.

The day ended with the jury still making their decision. Jackson hated the waiting part of his career but he knew it came with the territory. The sky was dark and snow was lightly falling as Jackson left the court centre headed towards his usual evening haunt. The bar was small and dark, known among the lawyer of Evermore and even some of the criminals of the city as well. It was a place where things could be talked about safely and secretly. Nodding to the owner as he walked in, he sat himself as his usual table and accepted the whisky that was brought to him almost immediately.

The night was young but the bar had attracted a few different groups tonight and it was louder than it usually was. With a sigh, Jax ran a hand through his short dirty blonde locks before he leaned back and sipped his drink. ... 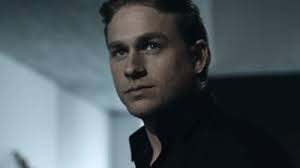 The sun had begun to set as Dexter left his final  Informants places he scratched of the name as he made his way to a cab the was no help at all in the search of his missing  Partner it had now been 2 weeks since she had disappeared without a trace in his mind he knew he was missing something or worse she was dead. the breeze gently brushed past him as he stuck his arm out for a cab waiting till a  bright yellow people carrier pulled in as the driver gave him a shady look before asking where he was headed.

Dexter gave  him a sharp look back as he got in giving him his home address  he understood the look the driver gave  as  Dexter felt uncomfortable himself in  dark green combat trousers and black t-shirt and  walking boots  as  they made their way through the city  Dexter thought on how much he missed his car it was in the shop after  a pit manoeuvre went wrong  and  with what he spent the day doing  he couldn’t use a squad car so  the taxi service it  was  as they pulled into the layby  at Dexters apartment his attention was brought to the radio as they mentioned what court case  the press  dubbed the copycat Bonnie and Clyde  and that the  jury was out  Dexter  paid  the fare that was due as he got out  taking out his notebook  looking at his back page  at where he kept a list of Da’s and judges  usual haunts in case he needed a warrant as such  he knew that DA Blackford  was taking point  as his eyes ran to the name he saw he frequented a bar a block away ,Dexter soon put the book away as he looked at his self    before setting of to the bar  thinking  “ at least idont look like a cop.”

The street was very busy like it normally was people walking home or going to the other job they had as he continued to walk Dexter’s mind went back to the final arrest of them and the team of detectives that lead multiple raids on several locations but the lead detectives and dexter got them after a short firefight no dead no injured it was good in his book but of course, the assigned detectives got the credit.

Jackson sipped his first whisky until it was nearly gone. The golden amber liquid was rich and warm and just what he needed after his day. He was about to take his last sip when the door to the bar opened again and a man entered. The DA's stormy blue optics narrowed as he watched the man with the waitress and let out a sigh when he saw his fingers gesture for multiple drinks.

He set his drink down and swirled the liquid as he waited for Dexter to join him. Dexter was a good cop and a Dhampir. When Jackson had gotten his position of DA for Evermore and the surrounding areas, he had made damn sure he had done his research on literally every officer working. If there was one thing Jackson prided himself on it was his knowledge. He always made sure he walked into a room as the most informed person there. That being said, he wasn't arrogant in his knowledge but after what had happened in his past he would be damned if he was ever under prepared again.

"Dexter. This is a pleasant surprise," he said, finally sipping the last drop of his whisky. His lips curled in a small smile and he nodded, letting out a sigh. "Should be able to get the conviction. They solidified their fates themselves but the girl has some serious stuff going on up here," he gestured to his head, "that she needs help with. That being said though she was fully aware of everything she was doing and that it is wrong. She's just got these crazy fantasies swirling up there but that doesn't make her any less guilty. She can spend her life in a mental facility but she doesn't deserve freedom after what she's done," he growled.

"How goes your search for your partner? Any new leads?" he asked, his voice softening slightly. He could only imagine how Dexter was feeling over the sudden disappearance.

“Still getting my knuckles wrapped for not reporting it sooner but detectives from her old precinct said its normal to disappear for a few days but never two weeks and her badge turned up in a drug den “ he stopped as the waitress brought over two beers two glasses and a bottle of whiskey as he nodded thanks he took the bottle pouring the amber liquid into the two glasses  “   my informants have heard nothing about amissing cop but as you know its important the first 48 hours we don’t know if she’s dead or alive “ he took one of the glasses as he watched the golden liquid “ ill email you a  form that you need to sign so I can look at her old cases in case it’s connected “ he raised the glass to his lips taking a large gulp before resting it back on the table.