The Impromptu date with the Nephilim, was one of the few things that had stuck in her mind. Along with that dazzling smile, soulful blue eyes, and in general; everything about him. The Therian still wondered, how it was possible that someone she had just met; made her night? The pair had just clicked, and since that night they had hung out more often despite Miles’ busy schedule. Elle became his Partner in Crime so to speak. Luckily, they managed to avoid trouble, during their current encounters. Since Elle couldn’t seem to make her Halloween Photos that high of a quality over her phone, to send to Miles. The Therian just resorted to showing him the photos in person during a movie night one evening. It was seemingly a rather entertaining evening. Especially when it came to the make-believe invisible jet from an old boat. It was still quite an impressive look, considering how hard her dad and she worked on the old boat, together. It had been quite the fun, colorful task back in her childhood-years. Fond memories indeed. It was something that showed in the photos.

After that night; the two hadn’t had much of a chance to see each other. Elle had finished editing the last chapters of a book; she had been helping one of the writers work on. Which meant, she’d have some free time on her hands for a while; before more impending work would be sent her way. Miles had been seemingly busy at work, which just reaffirmed for, the Therian that he was in much of an overdue break. But they kept each other entertained with phone calls and text messages.

It was a warm sunny afternoon. The summer weather was slowly getting hotter, and with time on her hands; Elle opted for a work-out session in the park. Which usually consisted of jogging and yoga. It was one of the things that kept her slender and fit. Dressed in her usual attire; a sports bra with legging and sports shoes. Elle had pulled her hair up into a messy bun. Losing her red locks; Elle went blonde a few days ago. Needing that 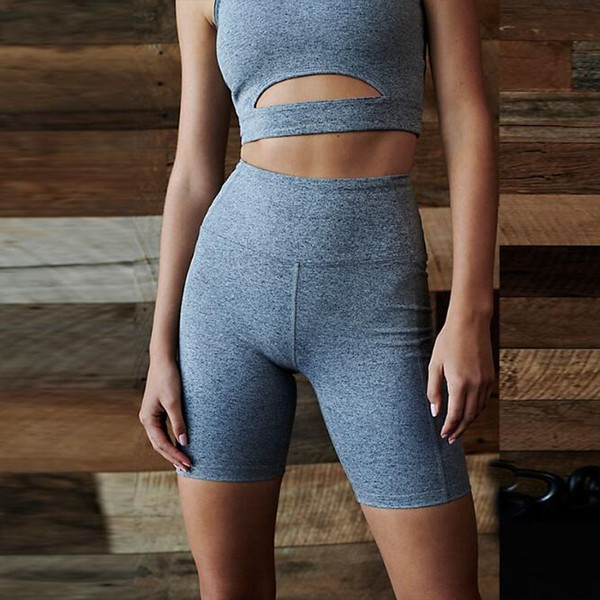 change, as she was tired of her red hair, having had it for the last few years. The female was one of those people, that any hair color and style seemed to suit her. Able to pass it off with grace and beauty. Once Elle was ready; she headed down to the park. The Therian enjoyed spending her time there, finding it peaceful. Whether it was because the fountains added an extra source of beauty, or the birds and flowers that she saw in the park; it was one of her favorite spots in the city.

Jogging all the way to the park. Her messy hair bouncing slightly with each move. On her right arm, near her shoulder her pack tattoo was glistening in the sunlight. The first and only tattoo Elle had at the moment. Due to its significance, it was special to her. Elle often would admire her tattoo; Tamrin had done a marvelous job on it. Deciding to go for her usual route; three laps around the park, between settling for her yoga work-out near the fountains; where she found it most peaceful and quiet to do so. If she was feeling up for it, she’d jog some more afterwards. But it usually varied depending on her mood.

For the most part, The park had been quiet; not spotting many familiar people. When she did, Elle always greeted them with a smile and a wave. After her third lap; sweat had broken out on her skin. The little beads dancing, under the sunlight. Stopping by her usual spot. Getting in the right frame of mind; Elle began to focus on her yoga. Stretching her muscles, with each pose that she picked; whether it was the Ustrasana, Trikonasana, Adho mukha svanasana, kapotasana and handful of others. It usually got her looks; as to how bendy and flexible Elle was to hold the positions for a long amount of times; whilst her muscles did all the work. But she had always found it relaxing; and a good way to keep fit. It usually helped her sleep better, from the health benefits Yoga offered.

Miles hadn’t had his ‘Oh crap, that was a date’ moment until after he’d gotten home that night. It’s been 8 years since he had even humored the idea of a date, but with Elle he found that he thoroughly enjoyed the night. She was intelligent and funny and the evening had come more naturally than any he can recall in recent memory. Perhaps the naturally easy feeling is what persuaded him to keep in contact with her because before he recognized what was happening they were texting most days and had made plans for a movie night where she’d finally showed him those old Halloween pictures she’d told him about. As funny as it was, it was also incredibly impressive, obviously they’d worked hard on that costume for her.

Life catches up to people as it tends to do though and he’d gotten extremely busy for a time, unable to make time to see her or… anyone outside of work for that matter, with some bad business catching up to him. That night had given him a new companion in the form of a tiny white puppy that he’d gotten out of that place and taken home. He couldn’t very well leave the poor thing alone now could he? She’d been so small and weak when he’d first gotten her home and it took some time to get her strength back but now she’s a bouncing and playful little fluff ball. One who needs some exercise. 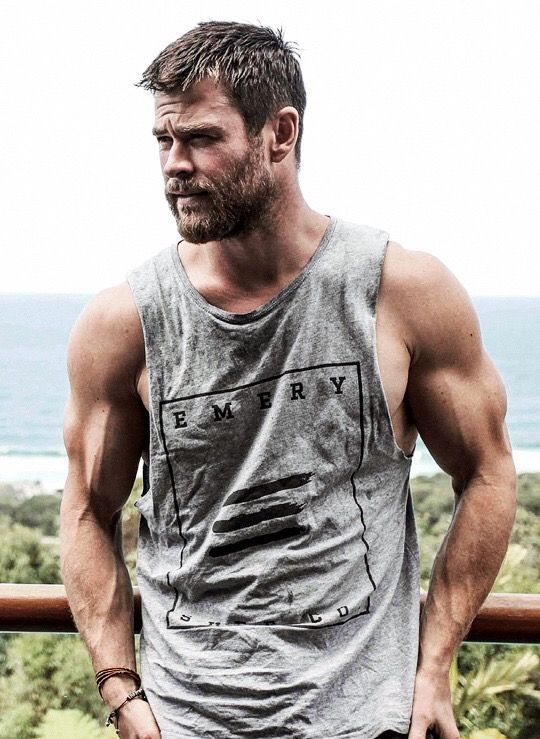 The weather being so pleasant has Miles taking the small pup out for a walk, hoping to get his own exercise for the day in while they’re at it. The local park is the go to for things like this, with plenty of space for her to run around and play in as well as lots of other dogs for her to socialize with. With regular food and attention she’s grown a good deal and by now can handle the longer runs that he likes to go on so long as he takes regular breaks. That’s not hard to do, what with the park being sunny and warm. There’s plenty for Ammy to sniff at and lots of dogs for her to greet, while Miles just enjoys being out in the warmth of the day and watching all the different people as they go about their business.

He’s been there with her for a while now, the fuzzy pup starting to get tired and warm from all the play, so he stops with her by the fountain so she can rest. The area they’re at is meant for dogs and so it’s fenced in, allowing him to let her off her leash and she’s done very well with him so far which is why it surprises him when something catches her attention and she goes jogging happily off around the fountain. “Where do you think you’re going?” He follows after her white tail, stopping when he sees what caught her attention. Apparently she’d managed to sniff out a Therian, one that’s become quite familiar to him these past several weeks. “Elle?” He raises his hand in a wave to the now-blonde as Ammy happily trots her way over to what must be her new friend, tail wagging the whole time.

It’s been a while since Elle has enjoyed someone’s company that much; she always looked forward to whatever time she would get

with the Nephilim, even the simplest of texts made her day, when she was feeling stressed, or something in her day didn’t go so well. He just seemed to make her feel better; even when she didn’t know she needed it. Maybe it was just that adorable goofiness and optimism. As much as she adored her other friends; some of them had a tendency to be way too serious and a bit of a pessimist. After a while, it’d just rub off on Elle, in weird ways bringing her down. Miles was the opposite. It was refreshing. The Therian just tried to keep herself in check; that she didn’t somehow embrace herself in front of him; but he did have a knack for making her blush.

With her deeply focused on her yoga; Elle didn’t immediately spot the familiar Nephilim in question nearby. Moving from her pose. Elle’s hands touched the ground..getting a good grip. Flipping herself upward into a hand-stand position. With her slender legs sticking in the air; she almost looked like a candle. Keeping the position upright and tight. Just then she heard a familiar voice.

Lifting her head up slightly; so she wasn’t looking at the ground. Elle saw the Nephilim nearby. “Oh he...wow.” Elle breathed out, when she saw his defined and strong arms. She was familiar with the fact that he worked out. But damn, he certainly looked more strong and defined; than she first had originally thought. Most clothes didn’t exactly show off his bulging biceps in quite the same way, as his current tank-top did. The Therian proceeds to flip herself into an upright position. But maybe it was her lingering gaze on him...or the fact that something adorable and fluffy ran towards her; attempting to jump at her. Caused her to lose her balance.

With a yelp; Elle ended up falling backwards into the fountain which had been a few centimetres behind her. Causing a rather loud splash. Surprisingly, the fountain water was deeper than she would have expected. And rather cold. Not that the cold bothered her; it would have otherwise been a good cool down. It took her a few seconds to come up to the surface. Her messy bun,flopped over her face….water dripping from her hair. The Therian spat out some water that had entered her, from the incident. Well talk about a rather embarrassing situation. Right now, she looked like a drenched rat; as she attempted to climb out of the fountain. In front of her, seemed a very bouncy and lively puppy. “Awwe, well aren’t you an adorable puppy?” Elle’s heart seemed to melt, at the adorable fluff ball in front of her. It was the most adorable dog she had seen in a while. The Therian was always a dog person.

NewEric is now a member of Eternal City RP
1 hour ago
Welcome Them!