So it begins ( Open to Ray and Sofi)

Ray jumped out of the cab as he took off his jacket and fireproof trousers as he pulled out his cell remembering it was today he was supposed to meet   Sofi hopefully his new mentor as he unlocked his cell he made his way int. The main hall as he began to text " Hi Sofi I know we are supposed to meet soon. I'm running a little late but. If you. Ask for the main hall at the firehouse I will be with you shortly  Ray Herald * he quickly pressed send as he passed the. pizza  box he lifted out a slice of pepperoni  as he made his way to the washroom  to clean up Ray stepped out into the main. Hall as he wrapped the fresh dressing over his arm as the chief walked past him patting his back  'Food job today " Ray nodded as he took another slice " anyone out front I'm expecting a guest: he watched aa the chief shrugged   Ray took it as I have no idea as he made his way. Towards the back of the firehouse, as he began to look for a quiet space for them to train as he looked around, he found a  door with a key still attached as he turned the metal key pushing the door open to a dark toom as he Fwltaround the wall observing the light switch as the light erupted into life revealing a dusty classroom with mats and chairs and chalkboard.

Ray thought to his self  " Perfect " he quickly wiped down the surfaces as he made his way back towards the main hall as the paramedic laughed as she flicked his ears  " you miss your ears every time " she laughed as they walked back to the main room seeing fresh coffee  Ray be lined for the coffee making . his self a drink before making his way to the front of the house where a ladder stood. Ray stood at the bottom making his way up a step at a time as he reached the roof he saw the usual sofas  sat atop looking across  evermore  Ray quickly took a seat  on the lone single chair as  he  could see the sunset   but also  see   anyone coming up the drive

She was still waiting for him to respond to her instructions, it was there but much like radio static, it was hazy and she needed a better spot to hear it clearly. But in this case, she wasn’t at the mountain trying to search for a better connection, it was Ray and there was nothing she could do to help him achieve that aside from advising him to pick his steps into delving deeper into that better. “Be careful, while you’re trying to retrace your steps to find a better way to speak out to me, you may go through a few disturbances that may hinder your progress. It’s all part of the test though, it’s inevitable. But you won’t get stuck forever, you just have to calculate your moves properly and carefully. Don’t lose yourself to those memories, it could be a walk down your memory lane but don’t open the door, do not go inside it." He had to be careful.

"Do not relive it, Ray. It’s a trick” she warned, she could remember being the victim to such things when she first started studying the complexity in the psychic element. It felt her nose bleeding for 2 hours. It took a certain toll to her that she had to rest a few days while shutting off everything to replenish her mental state. It is especially painful for those with bad past or horrible memories they wanted to lock away. For Sofi, she had plenty. She could hear a few words after that though, but still not clear enough, “Retrace your steps and find a better spot to call out for me. But don’t stop, don’t give up. However, if you’re tired out, please don’t push yourself and take a break. It’s not something you can accomplish at a single try so don’t worry about making any mistakes.” 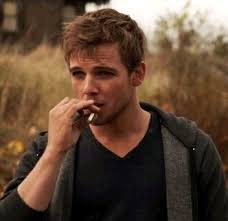 Ray stopped back at the time as he thought about what made himself Ray he looked at the walking Jacket he offered Clara when he first had met and then he turned to a photo of himself but younger and everything that had happened since    Moving to Evermore joining the  Fire Department and working at the bar compared to if he had stayed “ Ray smiled as he felt peace again as he called out “ Fire department calls out “ “   he looked down at his ankle as he felt a little tug on his leg which he had not felt before and a  cord “  “ fire Department call out “ he was at the point he was tempted to pretend he was holding radio tuners to try and make his calls louder “ he chuckled a little before waking up with a start as he looked around a little freaked out before he took a deep breath “ what happened.