Looking for a Attorney ( open to Aiden and Astoria)ON HOLD

A short time later Aiden returned to the glass window looking over the city as he replaced the items in the cupboard before closing it before returning to his desk to obtain the remnants of his muffin and coffee as he walked over to the seat by the window as he ate the remains of his muffin and began to drink his coffee around 8.45 am Aiden was disturbed by his secretary bringing in today’s schedules and meetings and a reminder to see a corporate lawyer today and the Adress of the building Larson and Pratchett he was meant to go to he returned to his office chair as he began to section the folders to the right departments. Aiden leant forward as he pressed the intercom button on his phone that sent through to his secretary “ can you have the limo pull up outside the front, please “ he let go of the button as he placed the files he required in a

brown Satchel as he grabbed his jacket making his way towards the door  “ ill be back around 2  enjoy your downtime “   he waved his hand as he pressed the button to his private elevator stepping inside.

Aiden looked out of the glass elevator at the surroundings as he descended the floors with ease “  there were some things  Aiden would do before meeting taking a solo elevator to take in the task at hand as the lift arrived at the ground floor with a slight bump he swivelled on his heel as he began to vacate the elevator making his way straight to the double doors when a  black limo waited for as he stepped out into the fresh morning air he nodded to the driver as he got inside as the door was closed behind him the one thing he was always pleased about was the driver knew in advance where he was going.

Blacked out windows were always handy the passenger could see out but no one could see in  Aiden thought about if his sister was amongst the many people living there lives in Evermore hell he knew she was in the city just not where his eyes scanned the view as he put his jacket on as they pulled into the building as Aiden got out he was met by the sign saying, Larson and Pratchett, he made his way to the door pushing it open as he was greeted by a   receptionist “ Aiden Hale 9.45am  Appointment the receptionist nodded as she responded “ take a seat “ Aiden nodded as he undid his jacket button taking the nearest seat.

Astoria hadn't expected to get a job that quickly after settling in the city. She had figured she'd have to struggle for a few months before getting anywhere remotely to her old jobs. Interviews just weren't her thing and she often felt impatient and annoyed by the string of questions. Her nature had always been to showcase her skills than waste time talking endlessly about it. Lake had often heard her rant about her dissatisfaction with the entire hiring process. Nevertheless, Tori had gone to 5 interviews, had nailed 2, failed the rest and landed herself a job with Larson & Pratchett.

She wasn't extremely ambitious when it came to her career. She just wanted money to live a good life. But some days, like the case with the wrongly accused Plaintiff, brought out the real lawyer inside her and she'd go out of her way to see that the wrong is put to right again. She couldn't exactly pinpoint where this need for justice had come from. She hadn't grown up in exactly ideal circumstances, but perhaps seeing and experiencing what little kindness could do and how deeply it could affect, had made her a sort of empathetic person by nature. Plus, she had seen her father doll out injustice in spades and it made her want to help people who had found themselves in a similar position.

However, her job wasn't always exciting. Most days, she found herself sorting out the load of paperwork until her eyes began protesting. Her hours were crazy but atleast there wasn't too much in-house drama. Astoria found herself often avoiding gossip and drama, preferring to keep to herself. Plus everything with the faction was already enough to occupy her time. She felt grateful for her sister's presence as she'd have completely lost her head otherwise.

It was another slow day at work when Tori received a call from the receptionist about a man named Aiden Hale. Sorting through her calendar, she saw that he had an early appointment. Nodding her accent to the receptionist, she arranged her files by a corner and got out her notebook to go over the preliminaries with him. As he was shown him, she got up and held out her hand for him to shake, "Astoria Belinski. Good to meet you, Mr Hale. Please have a seat." Settling comfortably behind her own, she stapled her fingers turning her attention to him, "What can I do for you? Mr Browner mentioned that you required a lawyer but didn't get into the specifics of the situation" 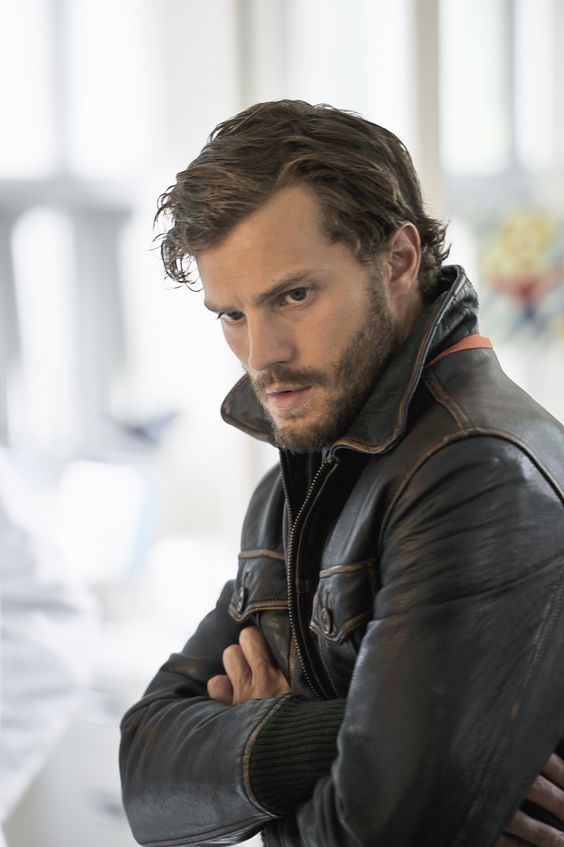 It had seemed ironic in some ways that the daughter of a criminal would go on to be a lawyer. Many had been surprised at the choice of her profession, not just because she had chosen law but because she seemed more suited for being a detective, actually getting down to investigating things and finding the missing pieces of a puzzle. Being a lawyer seemed rather tame in comparison, sitting in an office, going through extensive paperwork and then having a verbal and logical argument in court.

A part of Astoria had certainly been drawn towards becoming a detective. She'd have loved to be on the field and figure and solve things, but a very big rational part of her knew that the real power wasn't in investigation but in prosecution. She had seen way too many criminals get away because of corruption in the process of law and although she understood that she couldnt single-handedly change the system, she wanted to atleast attempt to improve it in whatever ways she could.

As he handed over the file, she took a moment to study it. She'd need to look at it indept later, but for now, she studied the plans comparing them to the other file that was provided to her. "Could you provide me with the dismissal letter as well and the deed. I'd like to look at all the terms and conditions before giving any verdict on this." she inquired turning the page. "As far as I can see, the plans are in accordance to your previous ones, but it could all depend on the kind of land it is being built on and the agreement deed that was signed. Since it is not a skyscraper but a standard height building, we should be able to adress this case in a reasonable amount of time." Placing the first folder down, Tori picked up the second one before answering his questions "I just needed a change of scenery so I took this job. It's been great so far. Is your company mainly involved with construction Mr Hale?"

Aiden opened up his file as he began to scan through for the dismissal letter and deeds “ what brought you into this field of lawyering  Ms Belenski “ his eyes widen a little as he finds the required paperwork handing it over “  I have heard you are the best in the city that would be able to me with this particular problem “ Aiden was interested in her reply as he had already had a file on her as he did with most people he met.

“Yes we mainly deal with construction but we do deal with the odd redecorating or pro bono work “Aiden raised his hand to his chin as he watched the lawyer “I overheard from the receptionist you are new to the city welcome to Evermore “ he nodded a little as he thought “ do you have any residence ? “ he thought if he knew it could be a way of offering a job.” as I can offer accommodation if you wish as  Hale construction have many properties to buy or rent.