Today has been the day he's been waiting for, the day Hanseol actually counted down the seconds until it reached 12 am earlier today. A Friday too, nonetheless; coincidentally his favorite day of the week. Fridays always meant the Celestial could check out early since it's a half-day work for him. It was a good perk that he enjoyed very much. That wasn't all, today is 14th of February 2020, which is Valentine's Day and approximately marks their 1st year anniversary. It felt like it was just yesterday when they first officially announced their relationship. And it was on this very date last year that Han remembered they had shared a rather sweet kiss under the rain, despite the weather ruining their amusement park date. Nevertheless, they were able to continue the celebration once they got home.

He shouldn't be taking a day off today, if Jae found out that's what he did just so he could properly plan out their itinerary for the special day, the dhampir could quite literally have his head. He would do well not to trifle with a pissed off Jae because that was asking for a death wish and he certainly didn't have any of those hence why he had kept it a whole secret. Jae mustn't know he's at home trying to plan the day instead of working in his office at the clinic. He pretended to go out early as if he was checking in for work today, just before Jae went off for his class. Unbeknownst to the dhampir, Han was actually doing some grocery shopping at the supermarket. Hanseol was a simple soul, if things were possible that way, he wouldn't want to go out at all.

The dates were cute and satisfactory but he loves spending time with Jae indoors, preferably inside their humble

abode most of all. He'd rather cook them dinner instead of having to dine outside with a bunch of reservations being made. What comes from the heart is what truly matters, and Han surely can make do with such a concept given the time. The male may have had an eye out for the dhampir's schedule today so he would know when Jae would come back but he couldn't do much if the other male were to come home early. He's been cleaning the entire house today and he was currently rereading the recipe written down on the book he's holding.

The doe-eyed Celestial wasn't the best cook but he is indeed the cook out of the two of them and when he likes doing something, he usually excels at them. What better way to show his appreciation by trying to cook something for his boyfriend on their anniversary that ironically fell on Valentine's Day? Han couldn't get anymore cheesier. He had an apron tied properly around his waist and sleeves rolled up neatly to reveal his arms while whistling the same tune of the music that blared in the kitchen. All the ingredients were set in place and the decorations were done prior to his cooking which was meant to be the last measure. The flower petals that were supposed to lead Jae were scattered properly as the Celestial danced to the music playing, with a spatula on his right hand and mixer on his left.

To say that Jae had been distracted today was probably an understatement. How could you not be distracted when it was Valentine's day and everywhere you went were little reminders. Jae had to leave for class pretty early this morning so he had kissed Han goodbye and headed off, following the usual zombified routine he followed whenever he needed to cross the city so early to attend his classes. But he had noticed all the red balloons and heart shaped things as he absentmindedly watched out the window on the journey. This day had never meant much to him before, not until that day where he and Han had their first official date and finally called their relationship official.

It was the cheesiest thing to say, that your anniversary was on Valentine’s day but then it somehow just seemed to fit them, mostly because Han was quite literally the cheesiest partner you could ever find, if it was romantic and cliche then you could guarantee he had either already done it, dreamed about it or wanted to do it. Jae wasn’t as in love with the idea of love as Han was but he adored how happy it made him. So when you thought about it like that, it made a lot of sense for them to share the occasion. Which was exactly why Jae was a little suspicious when Han hadn’t even mentioned the day it was before he left this morning and seemingly acted like he forgot about it.

Class seemed to drag today but Jae remained entertained by people not so discreetly exchanging gifts and notes, he spent most of the time jotting down notes from the lecture and he sent Han a few messages which got some pretty short responses. Still, Jae definitely had this feeling in his chest that Han wouldn’t haven’t have forgotten, it wasn’t in Han’s nature to forget anything. As soon as class got out he had headed out, getting the subway across the city to the store he had come to the other day. Jae wasn’t one for big gestures but he did arrange a few gifts for Han to celebrate their 1 year anniversary, he paid the clerk and thanked them for getting it all arranged for him with a smile. 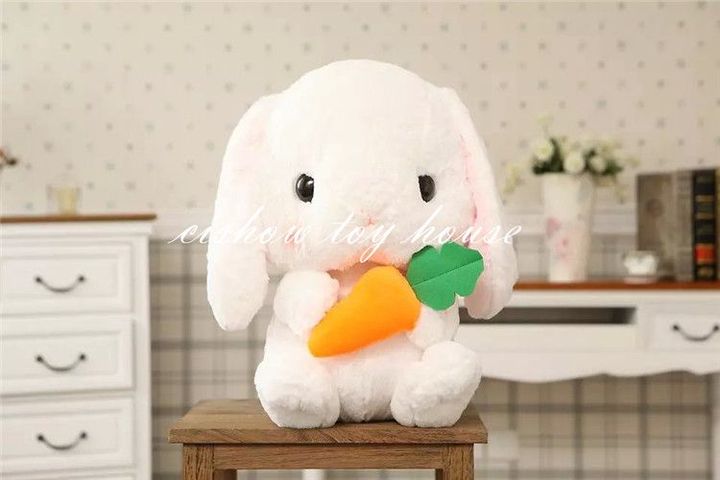 Before long he had hopped back on the train home, he felt a little apprehensive going home because he’d barely heard from Han all day but it was more an excited form or nerves because he was excited to give Han his gift and hopefully get to spend the evening together, he felt so busy lately that the idea of whole evening just the two of them was exciting. When his train arrived he got off and headed the short distance he needed to walk to get home before heading up to the door and unlocking it with his key, just about managing balance all the things he was holding while he was doing, propping the bunny plushie he’d picked out for Han under his chin as he shuffled into the house and kicked the door closed behind him “Han?” he called out hearing the sound of music coming from the kitchen he headed that way.

The music blaring was more than enough to get the Celestial going, before he knew it, he was already twirling around happily, following the melody and beat of the song playing while humming to himself. Byul and Yeontan were seemingly cooperating with him today, but then again he's been very good at bribing them to act and behave accordingly for today is a special day. Obviously, he had no idea what time it was because he was too immersed in the music playing out loud. And the puppies didn't seem to interrupt him, they were sitting obediently on the couch with the bunny that was also slowly growing. In a few months time, Hanseol Jr would look like an adult rabbit already and Han dreaded for the day to come.

Don't get him wrong, he loves the bunny but he would miss the way it would hop on him looking like a cute menace. Though something tells Han that the rabbit would still live up to be a menace when it grows up. Had he paid attention to the clock across the kitchen space, he would've known that Jae should be getting home anytime now. The good thing was that he only needed to wait for half an hour to finish everything else. He was planning on a homemade meal again, he knows how much Jae probably missed Korean cuisine. If there was one thing most Asians were bad at, it's forgetting their own homemade meals. It's been a while since he's cooked Korean food, so he decided to give it a try again.

The rice was already cooked, he had gotten the kimchi he

made alongside the rest of banchan (side dishes) out of the fridge. Did he spend the past week fermenting the kimchi? Maybe. But what wouldn't he do for his boyfriend? He really wanted to bake a cake hence why he had a mixer on his other hand while the other was flipping the hotteok on the pan. It's hard to get hotteok outside of Korea considering it's a street food but he wanted to give Jae the homey feeling here too. Searching for the recipe was hard and he wasn't even sure he perfected it. When he heard his name being called our by a very familiar sounding voice, he froze and cursed before turning off the music, sighing to himself because there's no point of hiding this away. How was he supposed to hide the dishes he's made on the table? He still needs to bake a cake.

"I'm in the kitchen" he exclaimed and placed the mixer into the bowl. He waited until Jae came to the kitchen and waved sheepishly, "Hi lovely, how's… Class- Is that a bunny plushie you're holding?" His eyes widened and bit when it fell on the plushie Jae's holding.

The one thing that Jae almost immediately when he walked into the hallway was the smell of food and it wasn’t just any food either, he swore he could smell Korean food so distinctly that even when they walked down a street with a restaurant that served it he could tell almost immediately and because of that he was immediately excited. For one, Jae hadn’t eaten much today, only a sandwich for lunch which wasn’t particularly exciting and also he had been missing cooking from home a lot lately, that was why he had dragged Han out to a Korean barbeque the other week even though they didn’t normally go out for dinner. He heard the sound of the music stop when Han realized he was home, though he sounded a little shifty when he spoke which immediately told him that Han had something planned.

His stomach was grumbling from the smell of the food alone but as he headed into the kitchen he noted the sheer amount of food out on the table and widened his eyes “How did you make all this already?” he questioned almost blanking what Han said but then he realized the star had spotted the cute bunny plushie in his arms “Uh...yes” he commented and chuckled softly under his breath before he held it out to Han “He’s for you...happy anniversary baby” when the star took the plushie he swore his eyes softened because just like he suspected, Han looked absolutely adorable with a soft toy in his arms and he already knew from the way Han was looking at it that he found it cute.

Without another thought Jae closed the gap, purposely sneaking up behind the star so he could wrap his arms around him, rocking them both from side to side a little as he leaned his head against his shoulder “Why do I get the feeling you didn’t actually go to work today” he spoke in a teasing tone because from the look of everything there was no way in hell he managed to do all of this in a few hours, not after being tired from work like he usually was. Though Jae had to admit he was really excited to try whatever it was he was cooking because it was making him feel all nostalgic and happy.

Bear with me (Florian & Cassandra)