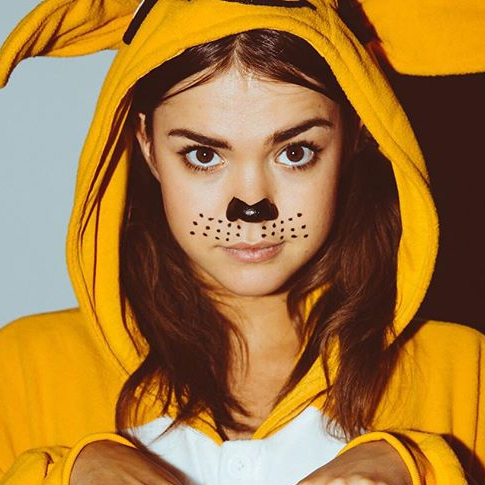 A Casual Test (August and Jasmine)

Getting to know the local tribe is more intimidating a prospect than she’d originally thought it would be. New York City is incredibly large and diverse, arguably more so than Evermore, but her…Continue

Feet crunch against grass, moving faster than any normal Initia should be able to run. Her breath is coming in short pants at this point, her frantic running taking her from any area she might know…Continue

The look on Jasmine’s face as she stands at the top of the stairs is murderous. If she were a fire Initia there’d probably be steam coming out of her ears and things would definitely be on fire. She…Continue

I'm not the one who's lost with no direction at all...

but you'll never see it.

I have us set up. I hope you'll enjoy the experience with me.

Eliot stumbles in after a week long bender

"I'm back work got me busy"

Thanks for the starter, you're awesome.

Complete the following form to check your name off of the Official Active List before the deadline.I confirm I am active as the role of {{ROLE NAME}} their faction is {{FACTION NAME}}Please also provide a link to 1 Roleplay reply you posted AFTER 1st September 2020 along with the date you posted it and a tally of how many replies you did between August 1st and October 1st. Include a gif of your FC in their fall or halloween outfits for fun.Replies used to pass the previous OAL should not be…See More
Oct 1
95 Comments 0 Likes

Initia✓ Jasmine Lennox replied to ✓ Eri "KG" Carr's discussion Call it a Date
"The smile on her face turns a little more genuine as the stranger switches easily into a different poem, one that’s quite familiar to her. Her education was very heavy so even from a relatively young age she was studying Poe, her parents…"
Sep 26

Initia✓ Jasmine Lennox replied to ✓ Jasmine Lennox's discussion A Casual Test (August and Jasmine)
"It seems that Jasmine’s experiences in life are different from August’s. Everything about her seems like a normal teenager, albeit one with powers. Then again, things are rarely all they seem. Just looking at her no one would be able to…"
Sep 26

Initia✓ Eri "KG" Carr left a comment for ✓ Jasmine Lennox
"I have us set up. I hope you'll enjoy the experience with me. Click Here .KG"
Sep 10

Initia✓ August Orsino replied to ✓ Jasmine Lennox's discussion A Casual Test (August and Jasmine)
"August watched as the young girl walked around the room setting out objects for him to try and test his skills with, while his mind soaked in all the information she was providing by answering his questions. It was nice to focus on something else…"
Sep 1

Initia✓ Jasmine Lennox replied to ✓ Jasmine Lennox's discussion Sibling Matters (Eliot and Jasmine)
"Her gaze remains steady as she watches her brother, she’s making a concerted effort to reign her temper in. She knows she can be a bit of a hot head, to the point that Alistair once commented she should’ve been a fire Initia like Eliot,…"
Aug 31

Initia✓ Eliot Lennox replied to ✓ Jasmine Lennox's discussion Sibling Matters (Eliot and Jasmine)
"Eliot sat listening to his sister. His head thumping as he twisted the coffee cup in his hand. How much she resembled the best part of their parents. She had the sternness yet softness of their mother and the determination of their father. Sometimes…"
Aug 23

How did you hear about us?
A little birdy