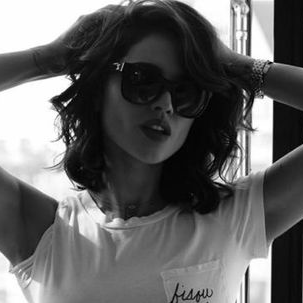 How did you hear about us?
hmmmmmmmm

Icy wings melted into the skin of her bare back as heeled-booted feet touched the floor of the balcony. The woman adjusted the black halter-neck bodysuit that clung tightly to her torso, her fingers then running through her dark voluminous locks.…Continue

Ailward Guard✓ Damien Verlac ~Admin~ replied to ✓ Leona Vivaldi d'Fierro's discussion Pain's A Poisonous Pleasure. (Damien + Leona)
"“I’ll be making sure to hold you to that… crazy or not right now we never know with you. We all know that you are different from the rest, one of a kind” He smirked back to her pointing out what easily might happen. The…"
Jan 9, 2022

Human✓ Everson Echo replied to ✓ Leona Vivaldi d'Fierro's discussion Booze and a Bargain. (Everson and Leona)
"The tone of her voice sent a shiver down the humans spine. If he would of asked the same question to any supernatural, the response would of been similar. Humans beg, cheat and steal immortality, they create weapons and science to create mimics of…"
Nov 30, 2021

Niveis✓ Leona Vivaldi d'Fierro replied to ✓ Leona Vivaldi d'Fierro's discussion Pain's A Poisonous Pleasure. (Damien + Leona)
"A smirk toyed at her lips when the Valkyr questioned her sanity. "Crazy's not in my vocabulary anymore, Verlac," she slurred before waggling her eyebrows at him. "But don't you worry, my dear; I'll be keeping…"
Sep 18, 2021

Ailward Guard✓ Damien Verlac ~Admin~ replied to ✓ Leona Vivaldi d'Fierro's discussion Pain's A Poisonous Pleasure. (Damien + Leona)
"Back in the old days Leona was a headache to say the least to the Ailwards, mostly to him. With how in the end he’d always find himself to be the one landed to deal with all of the problems that had arrises from the former Phoenix. Mostly back…"
Aug 19, 2021

this is just a hot mess rn