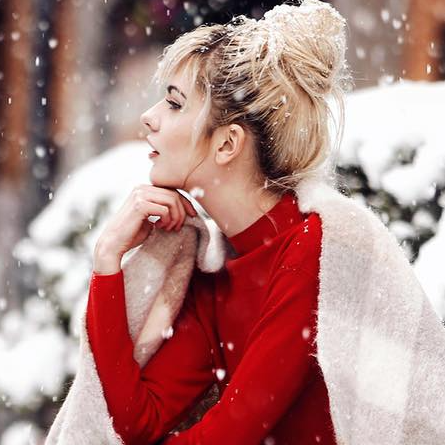 Never let it be said that Ember doesn’t keep up with things. She hears more than people believe she does, the gossip going on around the office landing on her ears even when the workers believe she’s…Continue

Most people would call her paranoid, do call her paranoid. It’s a label she’s grown used to, the way people outside of her tiny circle look at her actions. Those that don’t know her reasons. To be…Continue

The dojo doesn’t seem quite as intimidating to Ember now. When she was in the city before she mostly avoided the place, staying as far away as she could. Since returning, that previous reaction to…Continue

Do not fashion me into a maiden that needs saving from a dragon. I am the dragon and I will eat you whole.

I can confirm Bobby is truly one of kind but we need him he knows the number to Hogwarts T.T

Because it's entirely accurate flip flop and all! They will need a Bobby >_>

So, I found but the question is

Are you ready to be free?

SO I did the thingy~

Dhampir✓ Ember Rinaldi replied to ✓ Ember Rinaldi's discussion Better Paranoid than Dead (Scott and Ember)
""No you don't. Congratulations boy, that saved your life," she can tell he's disgusted by the bodies in the alley but if it hadn't been them it would have been her and she's not about to be done in by a few fucking…"
Feb 28

Dhampir✓ Sangeun Moon replied to ✓ Ember Rinaldi's discussion Early Morning Training (Ember and Sangeun)
"Usually, he wouldn't mind people staring, he was used to it inside and outside of work. He trained enough so he wouldn't crumble underneath anyone, he's done this before in the courtroom, what's the difference this time? What…"
Feb 11

Dhampir✓ Ember Rinaldi replied to ✓ Ember Rinaldi's discussion Early Morning Training (Ember and Sangeun)
"To say that Ember is an intense person is an understatement. He can likely feel those bright blue eyes on him even as he casts his gaze away, avoiding giving her more. She doesn’t mind, after all she’s no stranger to wanting to avoid…"
Jan 31

Initia✓ Scott Alexander Parrish replied to ✓ Ember Rinaldi's discussion Better Paranoid than Dead (Scott and Ember)
"The Initia found himself glued to his spot. Almost terrified to move, in case the female would strike him with her blades. Seeing that her eyes held a slight sheen of purple. He could have mistaken her for an Angel child, but he didn’t see any…"
Jan 13

Dhampir✓ Sangeun Moon replied to ✓ Ember Rinaldi's discussion Early Morning Training (Ember and Sangeun)
"He pursed his lips and pressed it together to form a thin line momentarily before averting his gaze downwards, somehow he couldn't find it in him to tell her more about it. Maybe because in a way, Ember did make him question a few things.…"
Jan 11

Dhampir✓ Ember Rinaldi replied to ✓ Ember Rinaldi's discussion Good to See You Again (Jonathan and Ember)
"Definitely Jonathan then, she’d recognize that face anywhere. Even looking annoyed or angry, unlike the last time she had laid eyes on him, he’s familiar to her. The sharp bite of his voice is not unexpected, nor are his harsh words.…"
Jan 2

Nephilim✓ Jonathan Bradford replied to ✓ Ember Rinaldi's discussion Good to See You Again (Jonathan and Ember)
"His dark cold stare stayed stuck on his ceiling as he lay in his bed listless and numb. Unable to process the change of time as he drowns in the darkest parts of his ever turning mind, sinking to his overthinking and unable to float up for air.…"
Jan 1

Dhampir✓ Ember Rinaldi replied to ✓ Ember Rinaldi's discussion Early Morning Training (Ember and Sangeun)
"She flashes him a small smile, an amused look crossing her features. “Funny how that works isn’t it?” Though it’s unfortunately true. She can see his appraising look but she doesn’t really mind it. Here in this…"
Dec 22, 2020

Dhampir✓ Ember Rinaldi replied to ✓ Peyton Holiday's discussion Annie Get Your Gun! [Ember and Peyton]
"So the stare down continues. Ember’s never been one to turn her back to a potential opponent, no matter the deception used. None of that means she’s unaware of her surroundings though, her senses cast out to listen around her just in…"
Dec 22, 2020

Dhampir✓ Sangeun Moon replied to ✓ Ember Rinaldi's discussion Early Morning Training (Ember and Sangeun)
""It's funny because the moment you think it might be the best way to go about it, it ends up being an unhealthy method" he chuckled, most of his choices end up being similar to that if he was being honest. This or that, it all ends up…"
Dec 15, 2020

Never let it be said that Ember doesn’t keep up with things. She hears more than people believe she does, the gossip going on around the office landing on her ears even when the workers believe she’s not listening thanks to the earbuds in place. Little do they know they’re playing nothing, allowing her to listen to what’s going on around her without any issue or distraction. It’s sometimes frustrating how her mind refuses to relax for even a minute, never letting her get any damn rest or stop…See More
Dec 3, 2020
2 Comments 0 Likes

Dhampir✓ Ember Rinaldi replied to ✓ Ember Rinaldi's discussion Better Paranoid than Dead (Scott and Ember)
"Her normally bright blue eyes have a strange tinge to them from the glow of her blades, casting them in a lilac that’s not unlike a Nephilim’s which almost causes her to laugh. There’s no doubt that were she one of the angel…"
Dec 3, 2020