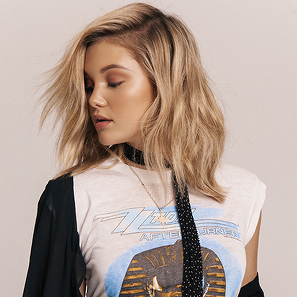 The Ciabatta Caper (Laine and Autumn)

“Have a good night!” The blonde smiles and waves at the last couple customers as they leave the bakery, the tired look to her eyes offset by the genuine smile on her face as she starts cleaning up…Continue

Inevitably, Autumn finds herself drawn to the river. It's been like this since she arrived in the city. She's not entirely certain why, if it's that her new self is just drawn to the water, if it's…Continue

Niveis.The term is still new to Autumn. Almost as new as the city she now finds herself in as well as the new clan she's part of. After spending so long with only her grandfather and a few men on a…Continue

Never give in to the call of yesterday

I did the thing. Plenty of Drama from the start.

hey here is the starter

Heya Autumn. Got that starter up.

A Storm Is Coming

Welcome to ECRP! We always love to see new faces join our little community and to see new characters develop! To help you get started, have a wee read over this page, but if you have any questions, please don't hesitate to reach out, either to myself or to any members of the team.

Niveis✓ Autumn Murphy replied to ✓ Eirik Olivier Tostain's discussion Just Good Luck? (Eirik + Autumn)
"Despite the discomfort on her face, Autumn holds herself steady. This is probably her second worst nightmare, right behind drowning again which is a very irrational fear at this point since she can’t drown anymore. Either way, she’s…"
Jan 31

Niveis✓ Autumn Murphy replied to ✓ Dominic Howlett ~Mod~'s discussion A Storm Is Coming (Dominic and Autumn)
"Her eyes shift over to the room when she hears the shuffling coming from it, watching as Dom gets up and grumbles his way through stretches. It brings a small smile to her face despite everything as she can picture the wolf for the first time since…"
Dec 22, 2020

The Ciabatta Caper (Laine and Autumn)

“Have a good night!” The blonde smiles and waves at the last couple customers as they leave the bakery, the tired look to her eyes offset by the genuine smile on her face as she starts cleaning up for the night. She’s been working here for a couple months now and she still really enjoys it. The customers are usually really nice and she’s got a few regulars and she’s finally starting to save to go to school. She just wishes she didn’t get off at such a late hour. The sun has long since set,…See More
Dec 6, 2020
0 Comments 0 Likes

Niveis✓ Autumn Murphy replied to ✓ Dominic Howlett ~Mod~'s discussion A Storm Is Coming (Dominic and Autumn)
"Her eyes follow his movements as he jokes with her and she doesn’t seem to mind, ducking her head and chuckling at his comments. “Hmm, I suppose I can arrange that so long as there’s food involved.” Food is going to be a…"
Dec 1, 2020

Niveis✓ Autumn Murphy replied to ✓ Dominic Howlett ~Mod~'s discussion A Storm Is Coming (Dominic and Autumn)
"This stuff tastes like crap. If it weren’t for that she might actually enjoy the camaraderie… well that and the storm still raging outside. She can ignore it better now but it’s still niggling at her. The cautious look she gives…"
Oct 25, 2020

Niveis✓ Autumn Murphy replied to ✓ Autumn Murphy's discussion Awkward Greetings (Open to Rhydian and Autumn)
"Alarm writes itself very plainly across her face at his sudden invitation to hit him of all things! Immediately she takes a step back, eyebrows going up in shock before furrowing together and she shakes her head emphatically. “Oh no. Not…"
Oct 17, 2020

Niveis✓ Autumn Murphy replied to ✓ Eirik Olivier Tostain's discussion Just Good Luck? (Eirik + Autumn)
"Autumn is quite proud to say that she’s finally settled into a life here in the city. With the tribe working to help support her and the benefit of gaining a few friends along the way, she’s started carving out a place for herself.…"
Oct 17, 2020

Valkyr✓ Eirik Olivier Tostain left a comment for ✓ Autumn Murphy
"I did the thing. Plenty of Drama from the start. Just Good Luck?"
Oct 10, 2020

Niveis✓ Rhydian Snow replied to ✓ Autumn Murphy's discussion Awkward Greetings (Open to Rhydian and Autumn)
"Rhydian watches as she typed " at least I'm not the only one that struggled  with cell phones but saying that when I was a phoenix  you  had to speak int  the receiver while holding the  earpiece to your ear …"
Oct 1, 2020

Niveis✓ Autumn Murphy replied to ✓ Erythreus Ailward ~Admin~'s discussion Technical Difficulties (Autumn and Erythreus)
"It’s strange being so young among a whole tribe of people that are centuries older than you. People tend to just assume she’s older than she is, more capable than she is, and it’s led to some awkward conversations to say the least.…"
Sep 20, 2020

How did you hear about us?
Past Experience