Welcome to my page. 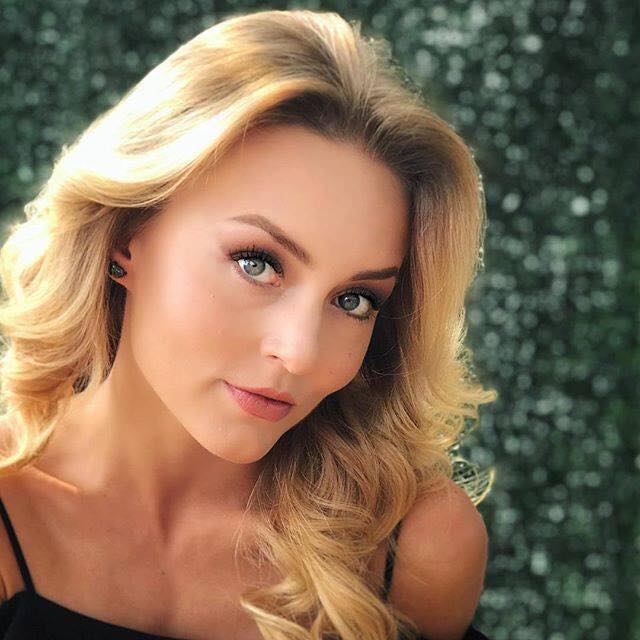 On an early 28th of April morning, Jocelyn Matteo had welcomed her second child into the world, a daughter named Gia. Like he was when their first child was born, Gia’s father cared less that his wife had given birth to another healthy baby. She cared for their children on her own, as most single mothers did, and Gia grew into a well behaved and highly intelligent child like her older brother. However, unlike Eric, she craved her father's attention that wasn’t given to her. Day by day, the younger Matteo sibling would wonder what it was that she’d done to make the man despise her so much and hated herself for it. 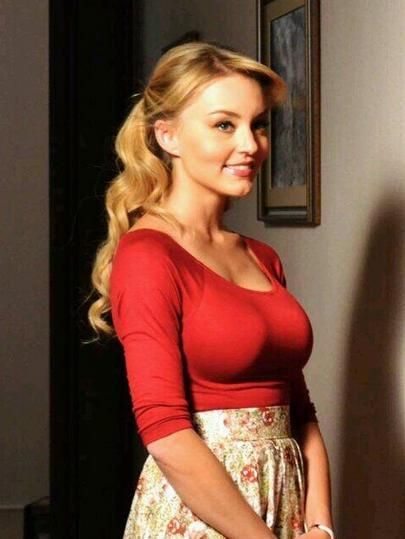 She graduated high school with honors and before she headed off to college, Gia noticed how her father's attitude towards her drastically changed. He paid more attention to her and how she was doing, spent more time with her, and actually gave her a smile. It was everything she’d ever wanted growing up and though her older brother tried getting her to see that he was doing so with bad intentions, she looked past that. What mattered was that he was being the father she’d always wanted.

Months past and his behavior was beginning to worsen like he wasn’t getting what he wanted and one day, James Matteo snapped. Like his eldest daughter, Gia wasn’t showing any sign of being an Initia, the obvious tribal tattoo that all Initia had not found on either inch of her skin. This meant one thing; she was human and it angered him. After roaring in their mother's face, he packed his things and left, and at that point, Gia was numb. She thought he changed, that he actually cared but boy, was she wrong. The realization that her brother was right set in and she didn’t want to accept it. 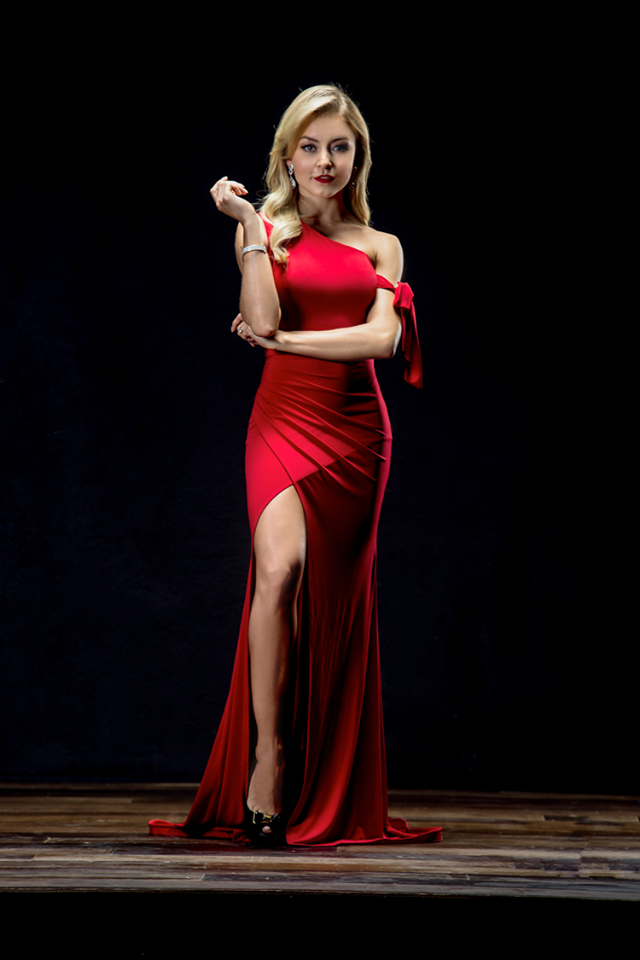 Those events had a huge effect on her because after her father had left, Gia had joined the wrong crowd. She started to smoke whatever she could get her hands on, not returning home until late and being met with the wrath of her mother. She also befriended drug dealers and jail regulars and spent her time getting high instead of going to college like she’d planned to do. Her older brother was working as a surgeon while she had nothing going for her, not that she cared

Then, one night seemed to change everything.

Gia headed home after a long night of partying and upon entering the Matteo home, she found the silence to be unusual because her mother was usually watching tv or doing something that wasn’t quiet but very loud. She proceeded to call out to her mom but got nothing. However, as she entered the living room, she found her mother being restrained by a Valkyr. His lips grazed her neck while those dark eyes of his, ones Gia could never forget, gazed at her.

“Nice of you to join the party.” He mumbled, his words followed by a chilling laugh.

Her first instinct was to charge at him so he’d let go of the woman who’d cared for her and that was exactly what she did. The bloodsucker had other plans and tossed her aside like she was nothing, causing an ear-piercing scream to escape her mother while Gia’s back landed against the edge of the couch, hard, something wet dripping down her forehead. 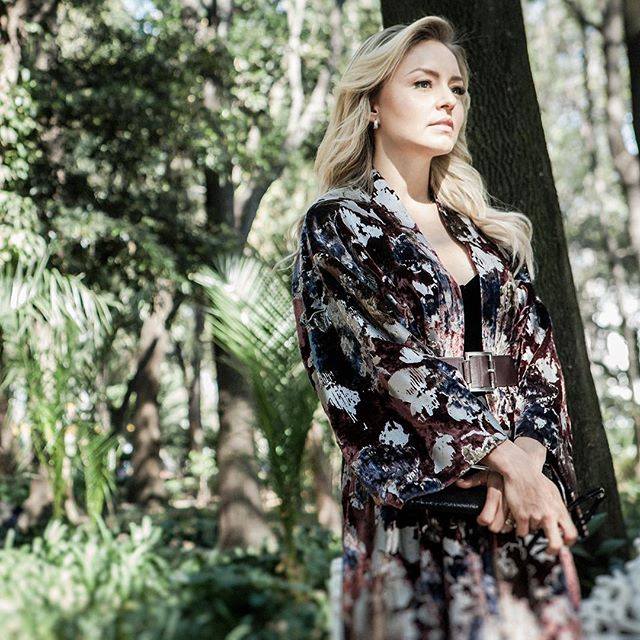 Within seconds, Eric had burst through the room before everything went black. Hours had gone by before Gia woke, a bandage covering the wound on her forehead and a blanket laid over her where she remained on the couch. Her eyes darted around the room, landing on the spot of dried blood on the carpet to her older brother who was silently crying in the corner. Realization sunk in and she was quick to start sobbing as well, whispering “no, no” the entire time because she knew and could practically feel the loss of her mother.

The incident caused her to rethink her path in life as well as regret all the times she caused her mother to yell at her and look at her with such disappointment in her eyes. 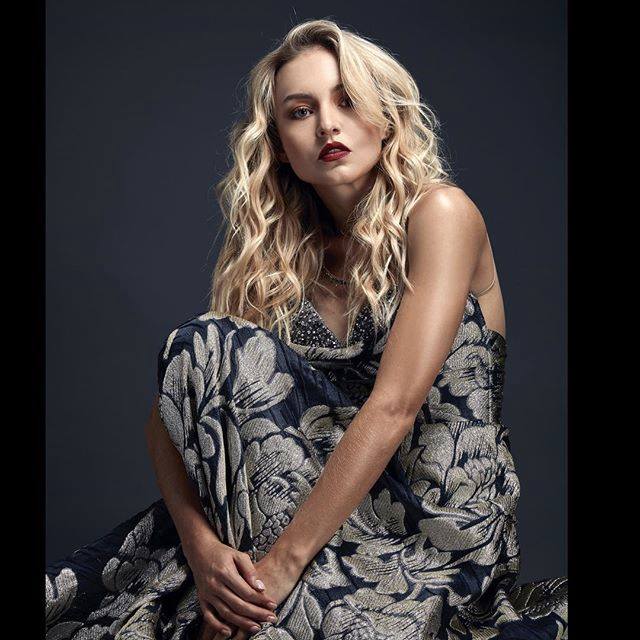 After taking a few years to sober up, Eric had suggested joining the Organization which Gia immediately agreed to. Her hatred for Valkyrs was just as strong as her brother's and so she was eager to join the Organization, her way of fighting back against the ones who’d taken her mother away from her.

Hey Gia, Thanks for friending me. Would love to set up a roleplay sometimes! Send me a PM if you wish to plot.

Welcome to Evermore, Gia. Feel free to reach out to me or any other member on staff if you need help.

Human✓ Gia Matteo left a comment for ✓ Caden Fowler
"Hi,My love, Just check up my page I hope you will be surprised ♥♥♥ Your's Gia♥"
yesterday

Human✓ Gia Matteo replied to ✓ Caden Fowler's discussion Let's Try this Again (Caden + Gia)
"She got in the car seat comfortable and looked at him "I know... but I thought about you when I was looking for this watch, I wanted to make you smile" she giggled and looked in his eyes then leaned into him and kissed his lips deeply…"
yesterday

Human✓ Gia Matteo replied to ✓ Caden Fowler's discussion Let's Try this Again (Caden + Gia)
""Sounds perfect, love... It's so sweet to have someone who going to take care and love you" she said smiling and kissed his lips softly "Okay, now... could I know where are we going now?" she smirked and looked deep into his…"
Nov 18

Human✓ Gia Matteo replied to ✓ Caden Fowler's discussion Let's Try this Again (Caden + Gia)
""Thank you, you're so sweet" she smiled when he said compliment to her. She leaned closer when he touched her hair lock and blushed more "Yes, I was thinking about every single minute I had, I hoped you think about me too, and…"
Nov 7

Complete the following form to check your name off of the Official Active List before the deadline.Role Name: Link To RPPlease also provide a link to 1 Roleplay reply you posted AFTER 1st October 2020 along with the date you posted it.This month, if you have multiple roles, you are welcome to sign for them all in one comment using list form.Replies used to pass the previous OAL should not be reused to pass this one.See More
Nov 7
30 Comments 0 Likes

Human✓ Gia Matteo replied to ✓ Caden Fowler's discussion Let's Try this Again (Caden + Gia)
"Gia smirked and looked at him and blushed "I love the gift you gave me" she took box of chocolates and placed on the table beside door and took her arm around his elbow and locked door behind them "YOU know... I was thinking about…"
Oct 22

Human✓ Gia Matteo replied to ✓ Caden Fowler's discussion Let's Try this Again (Caden + Gia)
"Gia felt bad because, since the last time she met with Caden passed few weeks, she was drawn into work and didn't have the opportunity to meet him, of course, calls and messages helped but she wanted to feel his scent, his hugs, and kisses in…"
Oct 21

Human✓ Gia Matteo replied to ✓ Caden Fowler's discussion Shopping Trip & Coffee (Gia & Caden) CLOSED
"He was something wonderful and sweet, calm and gentle, Gia thought cause for the first time she found peace and respectful man to be by his side all her life. She watched him through her window glass and saw how he left her yard and sighed happy…"
Oct 3

Human✓ Gia Matteo replied to ✓ Caden Fowler's discussion Shopping Trip & Coffee (Gia & Caden)
"She smiled and nodded "I agree, we won't sleep together, especially on our first date, so I will call it a night then" she smiled and looked at him smirking "You are perfect to me Caden" she leaned closer and kissed his…"
Sep 5

Human✓ Gia Matteo left a comment for ✓ Caden Fowler
"Hi, my love, I missed you sorry was covered with work,  I replied ♥♥♥ Your's Gia♥"
Aug 27

Human✓ Gia Matteo replied to ✓ Caden Fowler's discussion Shopping Trip & Coffee (Gia & Caden)
"After he drove her back to her home she smirked and pulled herself closer to him and whispered "You know... I like when you look at me like that" she leaned closer and kissed his lips again, now placing her palm on his cheek and looked at…"
Aug 27

Human✓ Gia Matteo replied to ✓ Caden Fowler's discussion Shopping Trip & Coffee (Gia & Caden)
"Gia smiled and shook her head when he handed money to her "I thought it was my pleasure to be here so we can pay half?" she sighed and chuckled as walked beside him out to his car, when they both got inside the car she turned to him and…"
Jul 29

How did you hear about us?
Google search