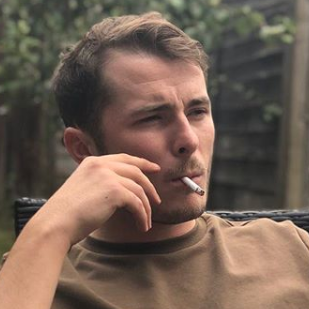 The first rays of dusk begun to cast their fingers of light around the evening, basking the world in orange and reds as the sun began to slowly sliver down past the horizon. Layers of sounds echoed…Continue

Pressing all the buttons...- Lyndon and Valeria

Sober. An unusual feeling for the Diviner these days, something than he didn’t exactly welcome into his world either. But, unfortunately, Lyndon had to make some sort of living. He wasn’t a man that…Continue

Learning from your mistakes - Lyndon Beckett and Willow Braelynd only

The road lay ahead like a tarmac ribbon, work and scuffed from years of movement. A while line ran down the centre, dappled and scarred by the potholed concrete. The cold lay heavy like a blanket,…Continue

The world is not in black and white anymore

It was a raw and blustery night, the wind that swept through the streets was as cold as ice and bit at the exposed flesh of the mindless wanderers.
Snow settled on the cobbles like litter on modern pavements and danced upon the rooftops like snow fairies, bathing the world in a crisp blanket of white. It looked almost serene in its winter beauty, but the world was far from serene.
London was a miserable place, a hole in the world like a great black pit, it was cold and harsh, and for those born to poverty, it was murderous.
The current era later dubbed the ‘Victorian Era’, a cross over into Queen Victoria’s reign where large dresses, Hoop skirts and terrible health care was all in fashion.

This is where our story begins.

A single, ordinary night in December, the third of the month, where the snow settled heavily upon the cobbles and the harsh wind rattled the windowpanes and whistled through the streets. This ordinary night, a child was born to a woman, a child of wedlock, a child of lies…a child unwanted.

From the second he made his entrance into the world; the little boy's cries could be heard up and down the hospital ward. A shriek so loud even a banshee couldn’t have drowned him out. He weighed 6lb7...
His mother, on the other hand, had paled in comparison to the lively little boy. Wedlock in those times was frowned upon, people were exiled from churches and villages for having a child out of wedlock, and what made it worse for poor Esther, was she had no idea who the father was.
The fate of the little boy’s lively hood rested on whom the father to be was. The stable boy Esther had a one-night fling with… Or the Lord she was betrothed too?

The paternity test took a long time and Esther drifted in and out of slumber, her nameless babe still cuddled into her chest, a bundle of blankets awaiting his fate.

Fortunately, when Esther awoke there was only one man stood at the foot of the bed. Dressed in his best, the man stood was Lord Garen Vizard. Vizard was a man of simple pleasures, a child was far too complicated for his ‘busy’ life of grand affairs and meetings and money he hadn’t had to lift a finger for. His words were cold when he found out the child was his, but he knew what he had to do.
The wedding was a royal affair, only 2 months after the little boys birth. The nameless boy, however, was hidden and revealed only after the wedding, his birthday was the 3rd of December, but his parents made everyone believe it was the 3rd of February.

Esther however, passed away 5 years later. Her son, they named Charlie Vizard, was a beautiful brunette child with a mass of brunette locks upon his head. The perfect little boy. His father only made this more obvious after his mother's death. He grew up in the lap of luxury. From the age of seven, he was swept into the high-end lifestyle of balls and masquerades, business events and work-does by his father's side. He grew up with nanny’s and maids and met a huge variety of people. But Charlie was always kept humble, His father took no nonsense and his nannies took no arrogance. He learnt all the things a young boy should; Sword fighting, Horse-Riding, how to do business, how to earn money, all the things a man of the household should do.

Charlie never even took his title, at 18 he was dubbed Lord Vizard the second, but he didn’t have the grand event to promote this, nor did he ever introduce himself as Lord Charlie Vizard, to him it was just something else he didn’t need to be aware of.

However, come the date of her 21st birthday, a mysterious and dark figure swept into town. She called herself the count, but that’s all she left it as. Just count. Now, Count was a peculiar person, for she was named after a male status, but took bright in her feminine traits. She would curse any man who looked at her like dirt, and with her sweeping black dress, she stuck out like a sore thumb across the dance hall of pale dresses. Charlie found himself instantly entranced with the woman and she entranced by him.

The night whistled through his windows and the two found themselves amidst a show of pureness. Charlie and Count shared the bed, the sweet nothings turning into an act of passion.

Their act lasted a few hours, Charlie had lost his virginity and Count seemed to revel in that fact. He was caught in her trap and she caught in his. She asked him, just before dawn, a simple question. “Do you want me forever?” Charlie didn’t fully understand the question, for if he did, he wouldn’t have said the next word.

The next series of actions went so quickly that, to this day Charlie doesn’t remember what happened. Count had clambered to sit on top of him, straddling his waist and she reached back and from her pile of dress drew out a small, silver object that glistened in the candlelight.
Then, searing pain across his throat. Drowning, choking, drowning.
Then black. Nothing at all.

Charlie awoke with his head in Count's lap, she had a cup of something think in her hand, stroking his hair and making hushing tones like a song. He shot up, blinking over and over. He could see everything, ever dust particle in the air, every hue of the lights that flicked from the candles, eyes strange of fire from the fireplace…Everything. It was overwhelming, he felt like he’d finally wiped the dirt from his eyes. She urged him to drink and in his confusion he did. The substance was thicker than water and tasted more like metal. He drunk long and deep until he finally realised what it was.

He threw the cup, his hands flying up to his face as he gagged. Blood?
“What are you doing?! Are you mad woman!” The little Lord shouted at her, a feeling of deep dread in the pit of her stomach.
“You said yes to forever, and so I gave us forever!”

The next 80 years went by at what felt like a snail's pace for Charlie. He married Count pretty early on in their years together and they spent half of their time as husband and wife. Count taught Charlie everything he needed to know about being a Valkyr. She taught him how to use his newfound senses, she taught him about the Shadow energy that now pulsed through his veins, the Shadow-melding
He could use to hide and eventually teleporting using the shadows when they stumbled upon a small city in America.

Count and Charlie travelled all over the world, keeping to themselves and flitting from continent to the continent, city to city, they grew with the technology of the modern world. Count had made Charlie take his father entire fortune, they stole every coin from the man and invested. The more technology allowed them, the more money they earned. But it was too much for Charlie, he was done with Count and he needed an out.

One night, the Valkyr left her. He threw his ring into the fire and shouted at the top of his lungs “You ruined my life! Look at me! I should have grown old and died by now!” Her argument was always “You said yes to forever!” And it drove him over the edge. He didn’t know how to kill Count, but he knew how to knock her out for long enough to take his fortune and leave.

Charlie returned to the little city in Colorado, the Eternal city where he met others like him that taught him, he didn’t have to be afraid or disappointed in himself for being this way.
Charlie settled down in a modern apartment in Evermore’s Valkyr faction. He lived there for the next 80 years to the present day, celebrating his 161st year of living. He’d been killed, brought back, married, divorced and now lived single and alone in an apartment he bought with stolen money…He hoped Evermore had more chances for him.

Hey, Volkari! Our forum is up. I hope you like it. *winks*

He's In The Rain

How did you hear about us?
Multi-role