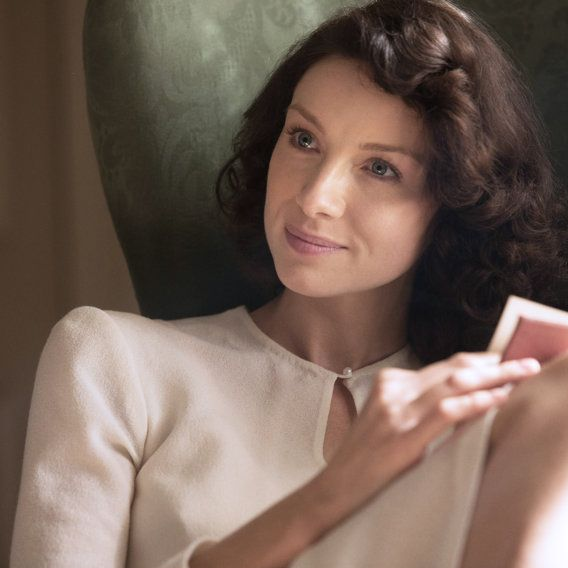 The Poses of Yoga (Calista & Katrina)

Katrina was not sportsy... She didn't know what or…Continue

Katrina had been planning for what felt like forever. Katrina had technically never dated.…Continue

A Library of Thoughts (open to all)

Something that intrigued Katrina was this city. Scotland was such a different country and land. She sometimes missed what she was used to but this place had people that knew her species that was a…Continue

What if your favorite constellation became a person? Have you ever imagined what it would be like? Their personality would match a star? Do stars have personalities? Questions could be only answered if humans knew of the Celestials.

Katrina fell down in 1743 of Scotland. She woke up alone and scared. The hairs on the back of her neck stood still. It was a night she has never forgotten. It was a night that she speaks as her birth. A spring evening in May. She was dressed in a dress from the era around her. Being alone scared her and it was not her nature to be alone. She was scared and very confused. But most of all disoriented, she was unaware of where she was, or who she was until finally her name just appeared in her head. She had been wandering a while without food and drink. But she felt like she was a survivor, she could tell the berries the ones which were edible. She was unhappy until she found a small village in Scotland. She had a difficult time, the people around her were different then her. She felt out of place. After realizing her name Katrina Alexandria O’Sullivan.

Sadly, it was something different for her. She began to have a love and passion for babies. Experiencing the birth of one of her neighbor’s daughters. Ever since she began to get training from the local midwife and went into midwifery. She enjoyed it and loved it but still feeling different she looked into the heritage and history of different legends.

As she had certain things that made her stand out from a normal person around her. There were times in the day where it felt like the world around her was frozen. There was an incident with a child that she helped birth when she reached to pick up the child. She could see the little boy running through the field. She thought it was just a dream or fantasy of hers. She never spoke of anything she had different. She looked through legends and continued to keep tabs on them.

She realized eventually that she had similar things described in the old writings of a Celestial being. It was told to be a star that has fallen from the heavens and returned on earth as a human. She always had a strange marking on her chest, near her heart of what she now believed to be a star. But which one was the key and she would soon have to figure out which one it was.

As time passed she became more obsessed with the stars, she was learning everything she ever could about it. Cassiopeia was the one that she was led to believe that looked quite similar to the one she had. She never spoke about who or what she had discovered about herself. She continued on her work with the children and infants that came to the local women.

As time passed most people were passing and dying. She felt it strange. She hadn’t changed in time, she was still the same when she came down to earth. She was sad to know that she must not be ever allowed to die. It saddened her but she realized with such a gift she could do for the world. And she hoped to keep things as powerful as she could.

She continued to stay quiet in the village. She was unable to decide how long she wanted to live in what was known as Scotland. She was saddened but by all the different skills she had learned in her time. She wanted to be able to do some sort of good and go out into the world. She had been able to keep quiet about her abilities and how old she really was.

As she began to travel the world more staying in one place was not her type of ability. She had stayed so long in Scotland she was unable to stay in more than one place for longer than 10 years or so. She was busy helping children being brought into the world. She had a hard time staying with the era, finding different clothing, and the changing of the world.

When she was in a few different places she discovered other celestials and they had spoke about the people that could and would be after to kill her. She sometimes ever since she learned of this she was only thinking of if she had only stayed in her wonderful place in Scotland. Times were difficult for the Celestial being. She was lost in a world with people that were different then her. And even if she found others that were like her she found it hard to be with them.
She was a caring type of person. She found herself drawn to clinics and helping those who were ill. As bigger cities began to arose she began to stay longer as less people recognized you. Eventually in the city she was currently in a Celestial discovered her and spoke about the latest wayfinder that was new. There was said to be an Isle of Skye and that’s where she decided to travel next too. Even if just to see and discover what it was like.

Sadly, something terrible happened and Skye was no longer safe for her or for any of them. They were captured by the Aliward and locked up. She was unable to feel the same sort of happiness she always had about her. She had grown dark and felt terrible. She felt loss, she was unable to help anyone and she was unable to help birth life into the world. She lived only off the memories she had of the past. There was a point in life where she wished it would just happen and she could die.

It seemed like eternity being unable to help anyone. Being unable to be something better and do good. Rather than sit here and waste her days, her months, her years. Her life was slipping, her glow was gone. And she felt lost without it all. She never had a love, she never felt a real connection with anyone and had hoped that would change when she went to the Isle of Skye but in the long run it just cursed her here.

One day they were saved by their wayfinder. Even though she was not close to the woman. She was able to feel a real connection and her happiness had returned to her. She had positivity return to her life. She would be able to help people, she would be able to deliver children again and continued on.
She watched as the Isle of Skye fell deep into the ocean never to be seen of again. She decided to stick with the other celestials for a short time. She discovered them going to a city called Evermore. She thought it interesting and stayed for a short while but then went back traveling the world. She went home to Scotland and saw the sights and traveled through the different parts of the claimed world, like Paris, and Jamaica and Japan.

She had gotten education in medicine, and even in midwifery. She was able through it all to still do what she loved. Even though she moved a lot she had lots of her favourite outfits over the decades of what had worked best.

All such time has passed and she has now returned to Evermore, hoping to reconnect with old roots here in the city and see how much bigger, and different it has appeared.

Second Date for Someone Special

The Poses of Yoga

Sapphire the girl that has caught her eye. She is so happy to be in a relationship with Sapphire. There was always a friendship but now the romance is on. She really is enjoying showering her with gifts!

Here is the second date! Hope you like it

Im glad you liked it.

Thanks for the greeting!

Always up for plotting :)

Hey! I would love to plot and figure something out! Inbox me or post up some ideas on my page!

Here is  the starter

hi :) i would love to plot with you! thank you for the add and the offer.

I decided to wing it so let's go for it?

It took me a full year to get back to you *hangs head in shame* But we should definitely get a plot going!

How did you hear about us?
I used to be here but i had no time want to get back into it.

Who am I? “I’m an author, babysitter, volunteer, Catholic but above all I am a dreamer!”

Hello, I am Lisa, or as anyone who reads my books, I am Elisabeth van der Wilt.  I used to roleplay on this site a long time ago but I have come back. I am in my first year of university for Business Management.  To be totally honest I hate myself for choosing that path. But my family has claimed me as one to quit everything. I decided this is untrue but even though I wish to change paths in life but I don't want to be…